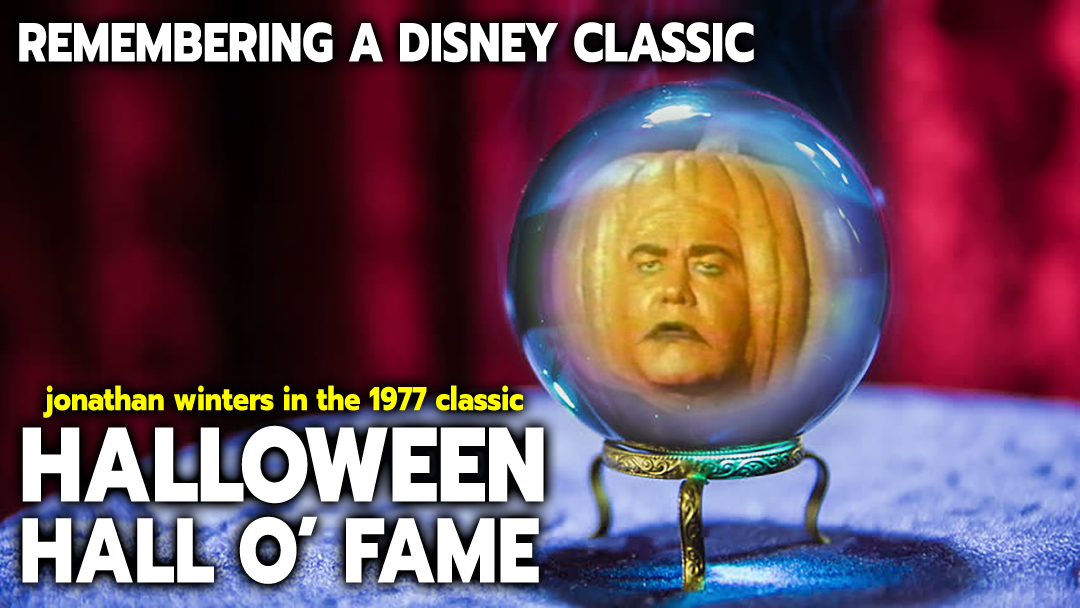 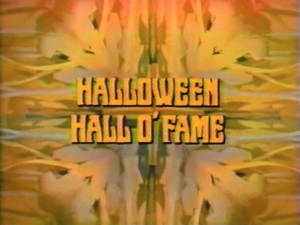 Airing on October 30, 1977 as part of the Wonderful World of Disney, Halloween Hall o’ Fame made the holiday special.

This classic special truly captures that 1970s feel of what Halloween was in that era. The special was hosted by everyone’s favorite comedian of the time, Jonathan Winters as he plays the role of a night watchman working for the iconic Walt Disney Studios. This, of course, all takes place on Halloween night. 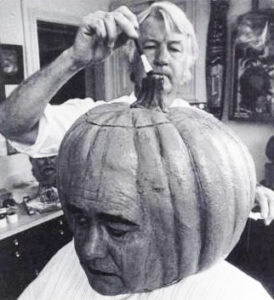 Jonathan Winters transforms into the Jack-O-Lantern for Halloween

The security guard continues to go about his rounds and make sure everything is where it should be and in doing so he comes across the props room. This is where being a kid watching this was true magic. You felt like you were looking into the backstage of the Disney Studios, it was magical, and you wanted to see all those props from attractions and movies you grew up seeing. And Winters comes across one we all know and the Crystal Ball. Although this time is isn’t Madam Leota in there, but instead a Jack-O-Lantern who tells his story of how he feels Halloween is no longer scary and is too cutesy. This pumpkin is also played by Jonathan Winters with old school prosthetics. In fact, Time Magazine had a small article about the special as Disney was trying to amp up viewership to watch the special since in those days DVRs were not a common thing to have around.

Time Magazine Article from October of 1977:
Cinderella’s coach turned into a pumpkin—and Jonathan Winters’ head has now suffered the same fate. With a little help from his makeup man, Comic Winters ripens into a big jack-o’-lantern on the set of Walt Disney’s special, The Halloween Hall o’ Fame. The show, scheduled to air Oct. 30 on NBC, stars Winters as a bumbling night watchman who swaps heads with a talking pumpkin. The tricks and treats are vintage Disney, and Winters loved it all—especially his costume. “I was secure with my head,” he says. “I knew I was a pumpkin mentally. There’s a lot of seeds up there—some gone.” 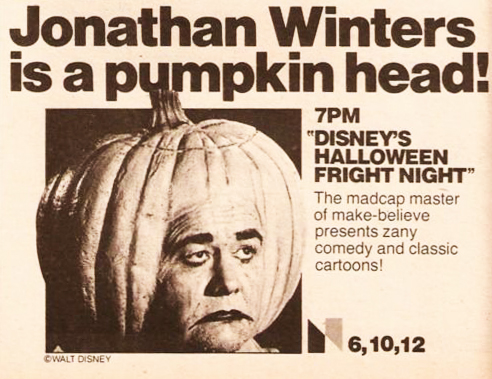 The Advertising campaign was also a sign of the times as I recall looking through the TV Guide, Newspapers and more to see movie ads, TV ads and my favorite Halloween Costume Ads. I used to clip these and keep them because there was this sense of magic and excitement about seeing them and then waiting for them to air or go to the theaters to see them. 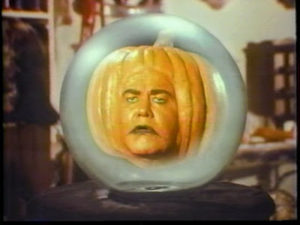 Throughout this Disney special, Winters talks with the Jack-O-Lantern about Halloween and Disney cartoons are then shown throughout. From the Legend of Sleepy Hollow (Click Here to Read our Article about the Real Story of Sleepy Hollow and Disney), Pluto’s Judgement Day, and of course no Halloween celebration is complete without the 1952 classic Trick or Treat with Donald Duck and Witch Hazel that we all love sing along with. It is these cartoons that convince the Pumpkin in the Crystal Ball to go out and celebrate the spectacular holiday of Halloween along with the help of Jonathan Winters. But like always, tricks are in play as he switches places with our fun Night Watchman and places him in the Crystal Ball while he heads out to go Trick or Treating.

This truly is one of the original Disney Halloween Treats which then led on to Disney’s Halloween Treat, Mickey’s House of Villains, and so many others including some Disney Channel Original Movies like the Halloweentown series and Under Wraps. Sometimes you look back and there is still something genuine and fun about these specials I wish would come back to television during the holiday seasons and even with it being released in 1977, Disney is always truly magical. So relive it again or for the first time and see just who is in the Halloween Hall o’ Fame!