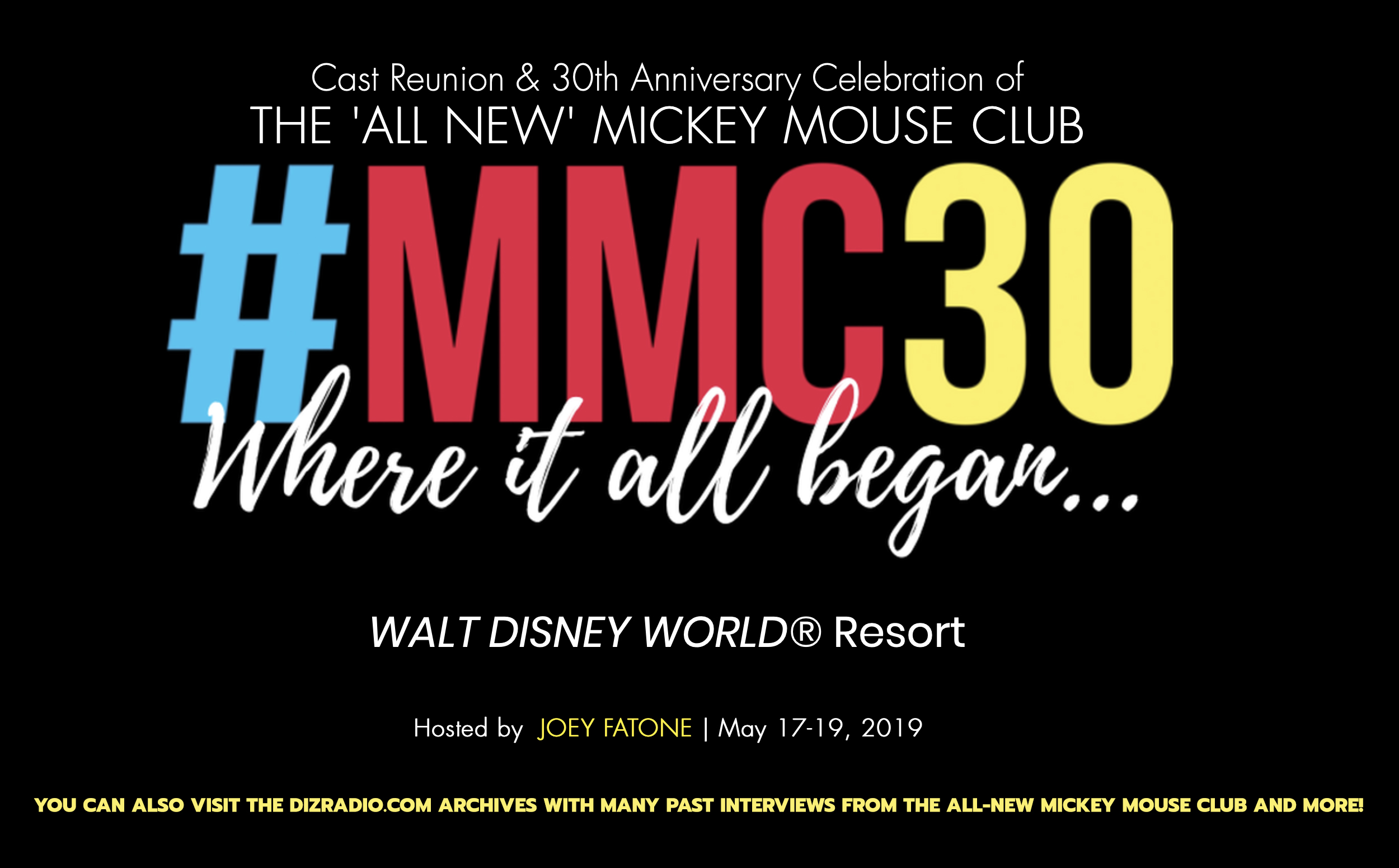 On May 18th and 19th, Mouseketeers will reunite for a once-in-a-lifetime weekend with their fans at Walt Disney World® Resort and MEGACON™ Orlando to celebrate their shared experience with one of Disney’s most iconic brands, and to give back to where it all began. Hosted by Joey Fatone, who grew up with the Mouseketeers in Orlando, proceeds from #MMC30 will benefit Central Florida’s onePULSE Foundation and their efforts to promote diversity and inclusion, and Give Kids The World Village, a nonprofit resort for critically ill children that Walt Disney World® has supported for more than 30 years.

#MMC30 kicks off Saturday May 18th at 12:00 pm with a historic cast reunion panel moderated by Joey Fatone at MEGACON™ Orlando, the Southeast’s largest fan convention known for bringing the ultimate fan experiences to more than 100,000 fans throughout the four-day event held at the Orange County Convention Center. Mouseketeers will also be available for pictures and signings throughout the afternoon. Guaranteed admission to the reunion panel at MEGACON™ will be available exclusively through #MMC30’s website.

“MEGACON™ Orlando is thrilled to co-host the Mickey Mouse Club cast reunion and provide fans with a remarkable and truly nostalgic experience,” said Fan Expo HQ Vice President Andrew Moyes. “This adds to an incredible lineup of cast reunions including Back To The Future, Boy Meets World, The Lost Boys, The Goonies and more.”

Saturday’s celebration will continue with “Mouseketeers & Memories” at Epcot® World ShowPlace at 5:00 pm. The evening will feature dinner, musical performances, 90’s nostalgia, and that special Disney magic. Guests will also be treated to Lindsey Alley’s critically-acclaimed performance of “Blood, Sweat, and Mouseketears,” as well as several other activities to be revealed in more detail soon.

Rare treasures such as Artist Jennifer Contini’s special #MMC30 collection entitled “Believe in the Magic” 2019 will be auctioned off for charity, along with dream vacations and backstage concert experiences with some of the most celebrated artists of our time. The night will be topped off by the Epcot® fireworks show – IllumiNations: Reflections of Earth.

Celebrations at Epcot® will culminate with #MMC30’s official After Party starting at 10:00 pm, which will feature musical performances by the Mouseketeers.

On Sunday morning, The Hyatt Regency Orlando will host #MMC30’s ‘Soul Sunday’ beginning at 9:00 am, featuring music, inspiration, and fellowship.

#MMC30 is partnering with Lyft to offer a unique MMC30 discount code to all #MMC30 attendees for the May 18thfestivities, making it easy and accessible to all fans to get to and from MEGACON™ and Epcot®.

You can scroll through our archives at DizRadio.com and uncover the many interviews over the last 8 years with much of the cast of the All-New Mickey Mouse Club and more!

Tickets are on sale now at www.MickeyMouseClubReunion.com