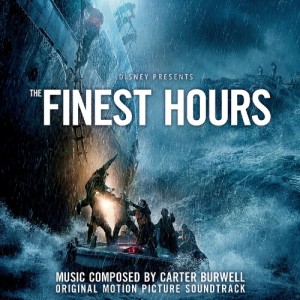 Carter Burwell has scored over 80 films, including “Blood Simple,” “Raising Arizona,” “Miller’s Crossing,” “Barton Fink,” “The Hudsucker Proxy,” “Rob Roy,” “Fargo,” “The Spanish Prisoner,” “Gods and Monsters,” “Velvet Goldmine,” “The General’s Daughter,” “Three Kings,” “Being John Malkovich,” “O Brother, Where Art Thou?” (BAFTA Nominee for Film Music), “Before Night Falls,” “A Knight’s Tale,” “The Rookie,” “Adaptation.”, “Intolerable Cruelty,” “The Ladykillers,” “No Country for Old Men,” “In Bruges,” “Burn After Reading,” “Twilight,”  “Where the Wild Things Are” (Golden Globe Nominee for Best Original Score), “A Serious Man,” “The Blind Side,” “The Kids Are All Right,” “True Grit,” “Twilight: Breaking Dawn – Part 1 & 2,” and “The Fifth Estate,” “Mr. Holmes” and “Legend.” Burwell received his first Oscar nomination for Best Original Score for “Carol.”  He was also nominated for a Golden Globe and Critics’ Choice Movie Award for “Carol.” He received an Annie nomination for Outstanding Achievement, Music in an Animated Feature Production for “Anomalisa.”  In addition, Burwell received The Los Angeles Film Critics Association Award for Best Music Score for “Carol” and “Anomalisa.”

The end credit track is a cover of the sea shanty “Haul Away Joe” performed by Kodaline.   Made up of childhood friends — Steve Garrigan (lead vocals) Mark Prendergast (guitar), Jason Boland (bass) and Vinny May (drums), Kodaline have released two studio albums In A Perfect World and Coming Up For Air. The group has sold out numerous tours in both North America and Europe.  The group’s songs have been featured in several television, film and ad placements including Google, ESPN, The Voice (NBC), Chicago PD (NBC), Grey’s Anatomy (ABC), Modern Family (ABC), So You Think You Can Dance (FOX), American Idol (ABC) and many more. Their music videos have garnered over 105 million views and are continuing to grow.

Disney’s “The Finest Hours” is based on the unforgettable story of the Coast Guard’s courageous mission, which is directed by Craig Gillespie and stars: Chris Pine; Academy Award® and Golden Globe® nominee Casey Affleck; Ben Foster; Holliday Grainger; John Ortiz; and Eric Bana. Produced by Jim Whitaker and Dorothy Aufiero, the screenplay is by Oscar® nominee Scott Silver and Oscar nominees Paul Tamasy & Eric Johnson based on the acclaimed non-fiction book of the same name by Casey Sherman and Michael J. Tougias. Doug Merrifield serves as executive producer.

“The Finest Hours” original motion picture soundtrack will be available digitally on January 29.  For more information on “The Finest Hours” please visit http://movies.disney.com/the-finest-hours.  For more information on Walt Disney Records’ releases, like us on Facebook.com/disneymusic or follow us at Twitter.com/disneymusic.