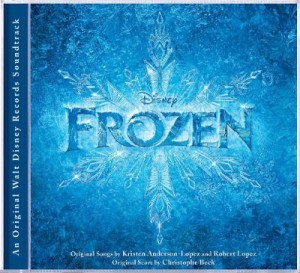 Eleven weeks after its release, the Frozen soundtrack has certified Platinum, selling over 1,000,000 copies, and has spent four non-consecutive weeks at No. 1 on the Billboard 200 album chart. Industry sources are forecasting the album’s return to the top position on Wednesday. The last soundtrack to spend 5 weeks at No. 1 on the Billboard 200 chart was 1998’s “Titantic.” The Oscar-nominated song “Let It Go,” performed by Idina Menzel, also certified Platinum with sales over 1.2M. Menzel, who provides the voice of Elsa in the film, will perform the song at the Oscars (March 2).

The album maintains its No. 1 position on Billboard’s Soundtrack Chart, peaked at No. 1 on the iTunes Overall Chart (and in 31 countries), plus Amazon’s Overall Music Category, Pop, and Overall MP3 charts. Additionally, over 3.6M combined digital tracks have been sold to date.

In wide release since November 27, “Frozen” posted the No. 1 all-time Thanksgiving debut and the largest opening ever for a Walt Disney Animation Studios film. “Frozen,” Walt Disney Animation Studios’ 53rd feature film, has earned more than $980 million worldwide, including $384 million domestically. Named best-animated film by more than a dozen critics associations, it won a Golden Globe® for best animated film, plus five Annie Awards. The film is nominated in two categories for the Oscars: best animated feature and best original song (“Let It Go”). “Frozen” is available in Digital HD and Digital 3D today and via the newly launched Disney Movies Anywhere.

The Frozen soundtrack, the Frozen two-disc deluxe edition and the digital deluxe edition soundtrack (featuring 23 and 27 additional tracks respectively, including demos, outtakes and a “Let It Go” instrumental karaoke track) are available at physical and online retail. The Deluxe Edition Vinyl collectible is also available for pre-order at http://myplay.me/15ya. 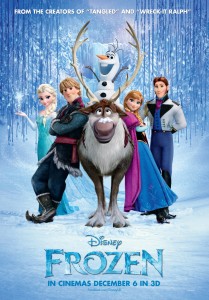 For more information on Walt Disney Records’ releases, please visit Disney.com/music, become a fan at Facebook.com/disneymusic or follow us at Twitter.com/disneymusic. To purchase Disney music, visit the online store at www.disneymusicstore.com.