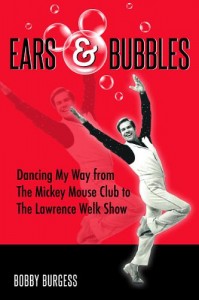 Bobby Burgess was television’s first dancing star. Put aside Dancing with the Stars, Bobby was cutting a rug with the samba, waltz, tango, jitterbug, and more as the featured dancer on The Lawrence Welk Show for 21 years from 1961 to 1982, then on Welk reruns airing on PBS right up to this day. And before that, he was dancing up a storm as an original Mouseketeer on Walt Disney’s classic Mickey Mouse Club TV series. Now Bobby tells all in his behind-the-scenes book, Ears & Bubbles: Dancing My Way from The Mickey Mouse Club to The Lawrence Welk Show (Theme Park Press, 2014), available on Amazonand through bookstores nationwide.

“I’ve had such a great life in the profession that I love…dancing,” said Burgess. “There have been so many adventures, great stories, showbiz gossip, and funny anecdotes that I’ve wanted to share with the people who grew up with me and this book tells it all.”

Bobby was recruited for The Mickey Mouse Club when he was just 13 years old and became one of the most popular Mouseketeers, best remembered for his dancing ability and great big smile. He was 19 when he became a regular on the Welk Show and brought the stylings of ballroom dance into millions of living rooms across the country every week. As Lawrence Welk said, “I never had any trouble with Bobby because he was raised by Walt Disney.” 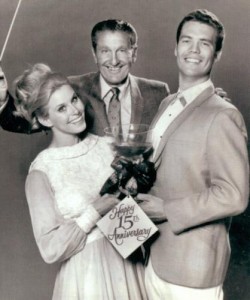 Learn what Annette Funicello was really like, how Welk built his empire on a handshake and family values, and Bobby’s poignant, final meetings with his two showbiz fathers, Walt Disney and Lawrence Welk. Bobby’s humorous tales of traveling with the Welk troupe plus the inside scoop on his family life and world travels make for an entertaining, nostalgic dance down memory lane. Not to be missed is the laugh-out-loud chapter on “Welkisms.” Over four-dozen photos from Bobby’s personal album are also included.