Summer Magic: A Look Into A Lesser Known Disney Classic 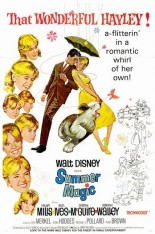 Growing up as a Disney Kid I watched many movies, reruns, television shows and more. Some including such things as the original Mickey Mouse Club, the All-New Mickey Mouse Club and many classics from 20,000 Leagues Under the Sea to Mary Poppins, Aladdin and others.

Over the years I have obtained quite the collection of Disney Movies with something over 700 plus on DVD and Blu-Ray to date. I won’t even talk about the VHS and LPs, 8mm Reels etc. And in that collection I have gained a huge appreciation for many Disney films most have forgotten about. My goal is to bring those to you over time and I will.

So on to one of my favorites SUMMER MAGIC.

“Summer Magic is a 1963 Walt Disney Productions film starring Hayley Mills, Burl Ives, and Dorothy McGuire in a story about a Boston widow and her children taking up residence in a small town in Maine. The film was based on the book Mother Carey’s Chickens by Kate Douglas Wiggin and was directed by James Neilson. The film was Mills’ fourth of six films for Disney, and the young actress received a Golden Globe nomination for her work.”

The Carey’s Arrive Into Their New Home Town

The film tells the story of the family, who after their father passes, are forced to move and come upon a small town that takes them in. With the Post MAster and all around Mr. Fix It (Ives), they are welcomed with open arms. Osh (Ives) tells them Mr. Hamilton would love for them to stay in this house for a small amount of rent. The truth is, he doesn’t know and Osh promises his wife he will write to Tom and let him know. (Let’s just say that doesn’t seem to ever happen). 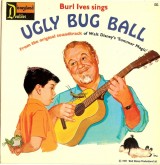 As the film progresses we are welcomed to fun hijinx from the family, little stories and lessons to grow from and you fall even more in love with Hayley Mills (Listen to Hayley as our Guest on DizRadio.com). Her character is loveable, likeable, and most of all someone many young girls can relate to in the growing up stages of being a girl to a young adult.

I won’t give you too much about the film since I want you to experience this classic for youself and uncover the fun things found within it. Let’s just say…the HALLOWEEN PARTY is the best! 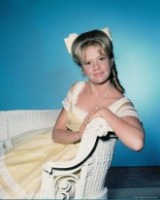 This film holds many special moments from Burl Ives performance to a huge collection of Disney Music, many fans can hear in the parks and may know, but never knew where it came from.  With tracks like:

Many of these tracks are memorable on Main Street U.S.A. at the Magic Kingdom and others are on almost any Disney Music Collection. The songs are full of the family friendly Sherman Brothers Magic you Love! These songs are catchy, help the tempo of the film and truly are a memorable sing along. Often I find myself singing these songs today with my children. They are the kind of musical magic that a composer hopes can happen…fun, memorable, catchy, and progresses the film.

“On the Front Porch” is songwriter Robert Sherman’s personal favorite song from his own work.

In the end Mr. Hamilton comes back to town to see the old house and realizes someone has been living there. He talks with Osh and he explains he had been writing him, but hadn’t mailed them all. And encouraged him to read all their letter back to him before he made any decisions.

The film ends on a humorous note, and I don’t want to be the spoiler so I’ll let you uncover this classic for yourself. I just want to give you a hint into the fun that is truly in this film. So if you haven’t opened up to many of the lesser known classics, now is your time. And as always you can listen to it in our Lifetime of Disney Player on our website to pass the day away.

Until I bring you another gem, Make the Memories Happen.

Summer Magic Has a Great Cast: