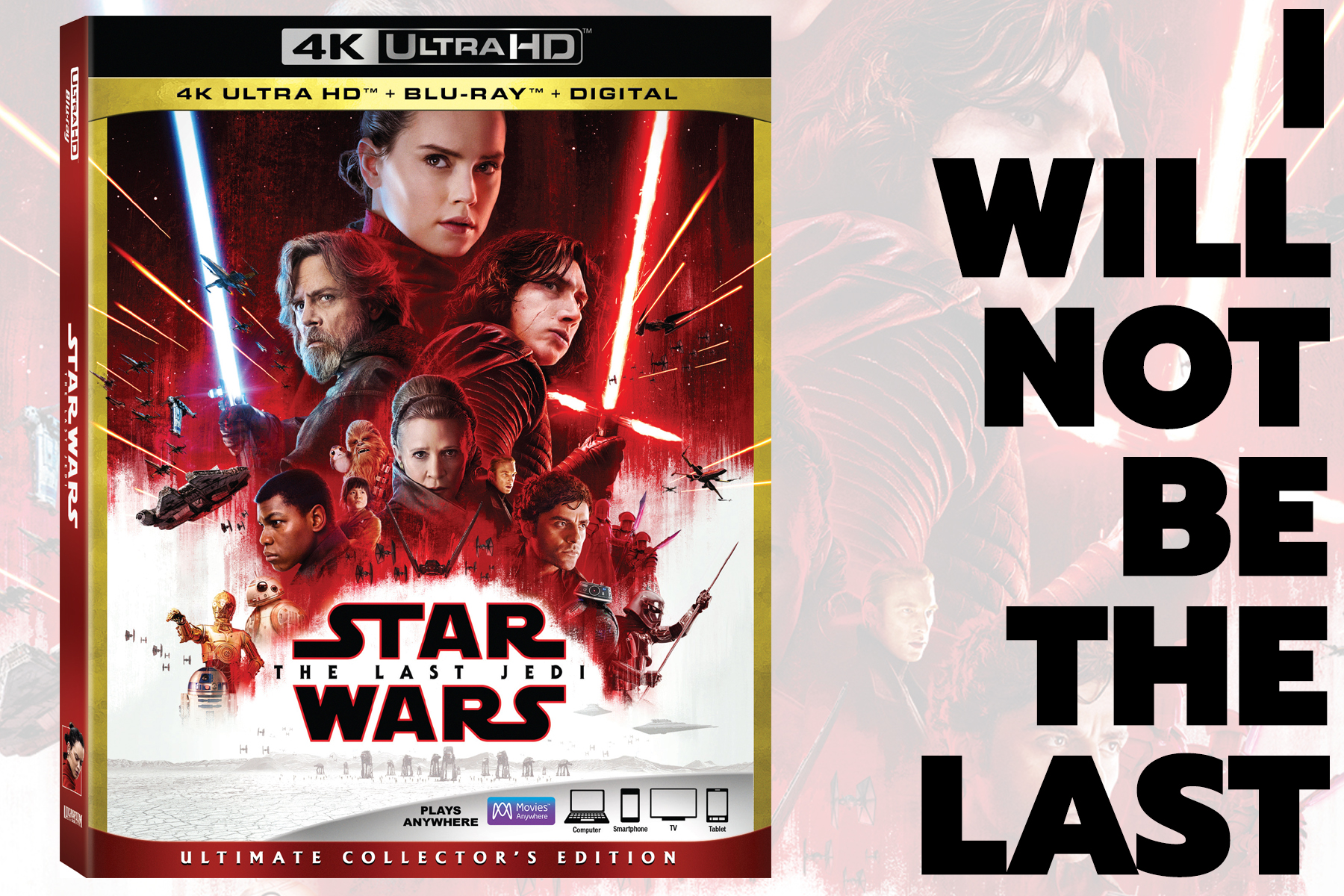 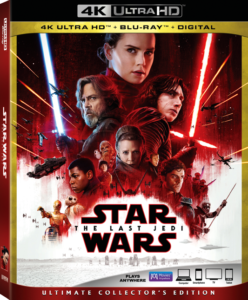 The wait is almost over! You can finally bring Star Wars: The Last Jedi home digitally in 4K Ultra HD or Movies Anywhere on March 13, 2018!

For those of you who prefer to own a physical copy instead, don’t worry, Disney’s got you covered. Star Wars: The Last Jedi will be available on DVD and Blu-Ray on March 27, 2018! The Last Jedi release will be Disney’s first title available on 4K Ultra HD Blu-Ray in both Dolby Vision™ HDR and Dolby Atmos® immersive audio, which will deliver viewers a transformative immersive experience.

Star Wars: The Last Jedi is packaged several ways to ensure fans get the most out of their in-home viewing experience. The Multiscreen Edition (formerly the Blu-ray Combo Pack) includes Blu-ray, and a Digital copy, giving viewers the flexibility to watch the film on different devices. Those with 4K Ultra HD capability may opt for a 4K UHD Collector’s Edition, including 4K Ultra HD disc with Dolby Vision and Dolby Atmos, Blu-ray disc, and a digital copy (where available). Dolby Vision delivers greater brightness and contrast, as well as a fuller palette of rich colors. Dolby Atmos places and moves audio anywhere in the room, including overhead. Together on 4K Ultra HD Blu-ray disc, viewers will practically feel the Force in their own home.

The long-awaited eighth chapter of the Star Wars saga brings a new level of understanding to the Jedi religion, the Force, Luke and Leia’s relationship, and the Star Wars universe in general. The action-packed comedy is filled with several moments to keep you on the edge of your seat and make you say “Wow!” If you liked the movie, you will love the DVD/Blu-Ray version (or should we say “blu-REY…see what we did there?). The DVD/Blu-Ray comes with exclusive bonus features that you can’t get anywhere else!

The Awesome Bonus features will include*:

Fans everywhere are counting down the days until this historical release…and we are too!