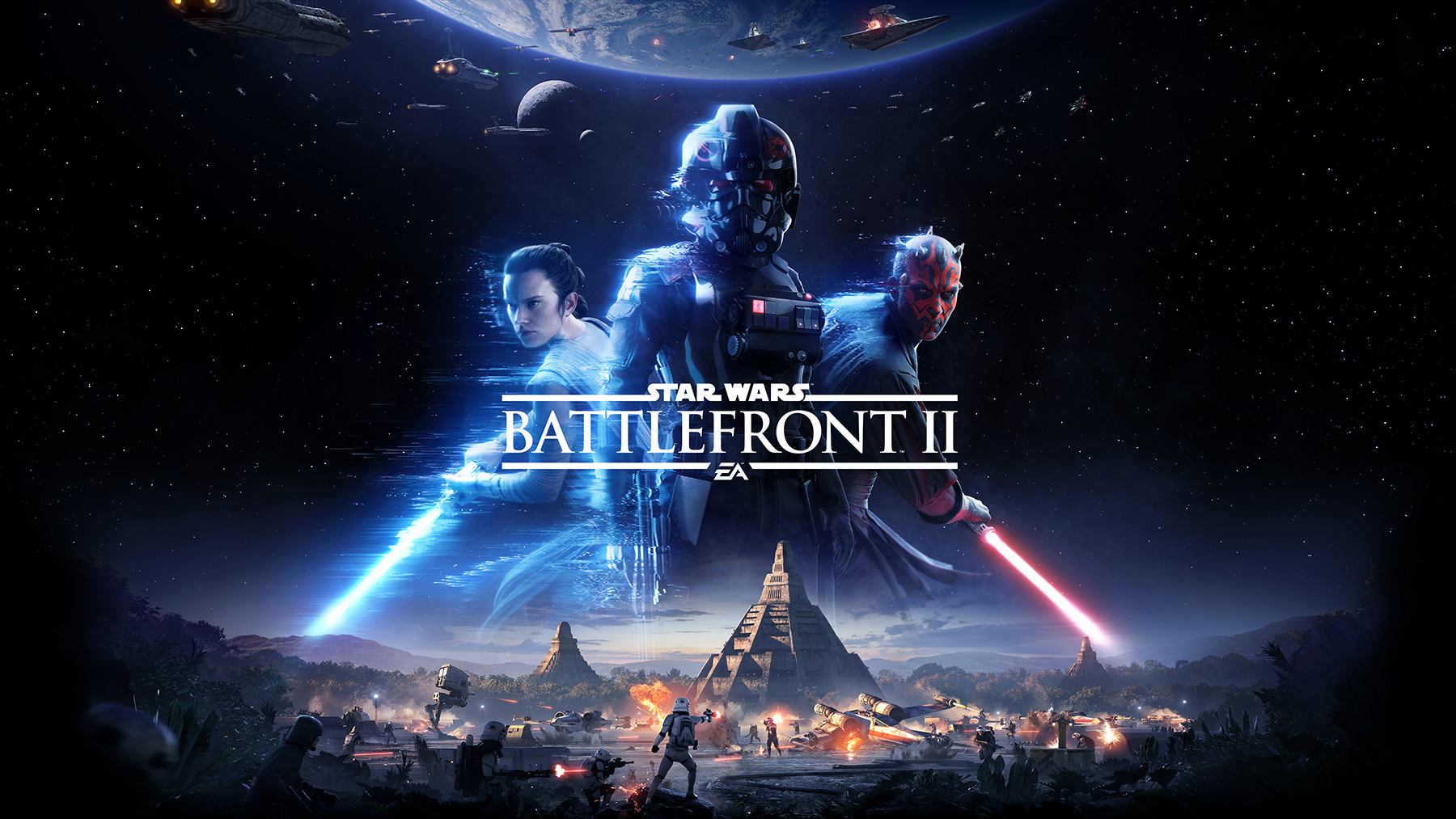 Electronic Arts Inc. and Lucasfilm Ltd., released one of the year’s most highly-anticipated games, Star Wars™ Battlefront™ II. Winner of the Game Critics Award for Best Online Multiplayer at E3 2017, DICE, Motive Studios and Criterion Games joined forces to create one of the most robust Star Wars™ gaming experiences to date. Fans can immerse themselves in a game that’s nearly three times the size of its predecessor with more heroes, locations and vehicles from every cinematic era, deeper customization, progression, and enhanced space battles. Star Wars Battlefront II allows players to live out their own Star Wars fantasies as a trooper on the ground, an ace pilot dogfighting in space, and an epic hero dominating the battlefront. In the all-new single player campaign, players will experience a previously untold Star Wars story from the unique perspective of Iden Versio, leader of the Imperial special forces unit, Inferno Squad.

“With Star Wars Battlefront II, we wanted to pay homage to the legacy of the Star Wars franchise and recognize how much each era has meant to so many people,” said Matt Webster, Executive Producer of Star WarsBattlefront II. “We built the game based upon what fans loved about the first game and feedback of what they wanted more of, including adding a single-player story, experiencing the ultimate Star Wars battleground across all cinematic eras, and shifting to an event and narrative driven live service that keeps the community together.”

Star Wars Battlefront II allows fans to play as and against Star Wars’ most feared villains and cherished heroes in DICE’s rich multiplayer experience, including Darth Maul, Rey, Yoda, and joining this December, Finn and Captain Phasma. There’s something for everyone in six different multiplayer modes: Starfighter Assault, Galactic Assault, Strike, Blast, Heroes vs. Villains, and Arcade. High in variety and breadth, Galactic Assault allows up to 40 players to step into battle as one of four distinct classes with a massive array of vehicles and customizable weapons in new in-game locations including Yavin 4’s jungle canopies, Kamino’s cloning facilities, and Kashyyyk’s Wookiee filled forests. Space combat has been designed from the ground up and brought to life by the legendary Criterion Games in Starfighter Assault, featuring distinct handling, weapons, and customization options through Star Cards. Players can immerse themselves in thrilling, multi-stage battles in space and choose from three unique starfighter classes and iconic hero ships including Darth Maul’s Scimitar and Poe Dameron’s T-70 X-wing. In Arcade, fans can jump into offline single-player or on consoles, split-screen couch co-op, allowing them to take on AI enemies and hone their skills across a variety of scenarios.

New to Star Wars Battlefront II is a carefully crafted and authentic Star Wars story developed by Motive Studios in partnership with Lucasfilm. The campaign helps to tell the story of what happened in the empire after the events of Star Wars: Return of the Jedi from the perspective of an all new hero, Iden Versio, leader of Inferno Squad. In addition to exploring iconic locations from the films, players will be introduced to new ones including the coral planet of Pillio and Iden’s home planet of Vardos.

“With Star Wars Battlefront II, the teams have brought to life a period of Star Wars that hasn’t previously been explored in the films,” said Steve Blank, Creative Executive, Lucasfilm Story Group. “We’ve worked diligently to craft a compelling story of what it’s like to view a familiar conflict from a very different perspective by allowing players to experience the Battle of Endor and destruction of the second Death Star as an Imperial.”

Following the launch of the game, all players who own Star Wars Battlefront II will be able to experience free themed seasons that can include a mix of new locations, characters, challenges, live events, rewards and more in a world that’s constantly growing with the community. The first season, Star Wars Battlefront II The Last Jedi, inspired by the upcoming film, Star Wars™: The Last Jedi™, will start on December 5th when players can choose to align with the First Order or fight for the resistance. Then on December 13th, things will kick into high gear when fans will get access to Finn and Captain Phasma as playable characters, the new planet Crait, a new space location in D’Qar, daily and weekly challenges and rewards. Players can also continue their journey as Iden Versio in Star Wars Battlefront II Resurrection, a new chapter in the single-player campaign.