Disney Music Group has landed on Spotify in a first of its kind dedicated hub.  Beginning today, Spotify users in the United States, Canada, South Africa, The United Kingdom, Ireland, Australia and New Zealand can search “Disney” and find a designated hub for all the music behind some of their all-time favorite Disney movies, television shows, and more.  Streaming playlists will feature everything from classics such as The Lion King to newer favorites like Frozen to iconic Star Wars scores and chart-topping Marvel Movie soundtracks.  In addition, the hub will be a destination for music that suits every mood or moment of day. 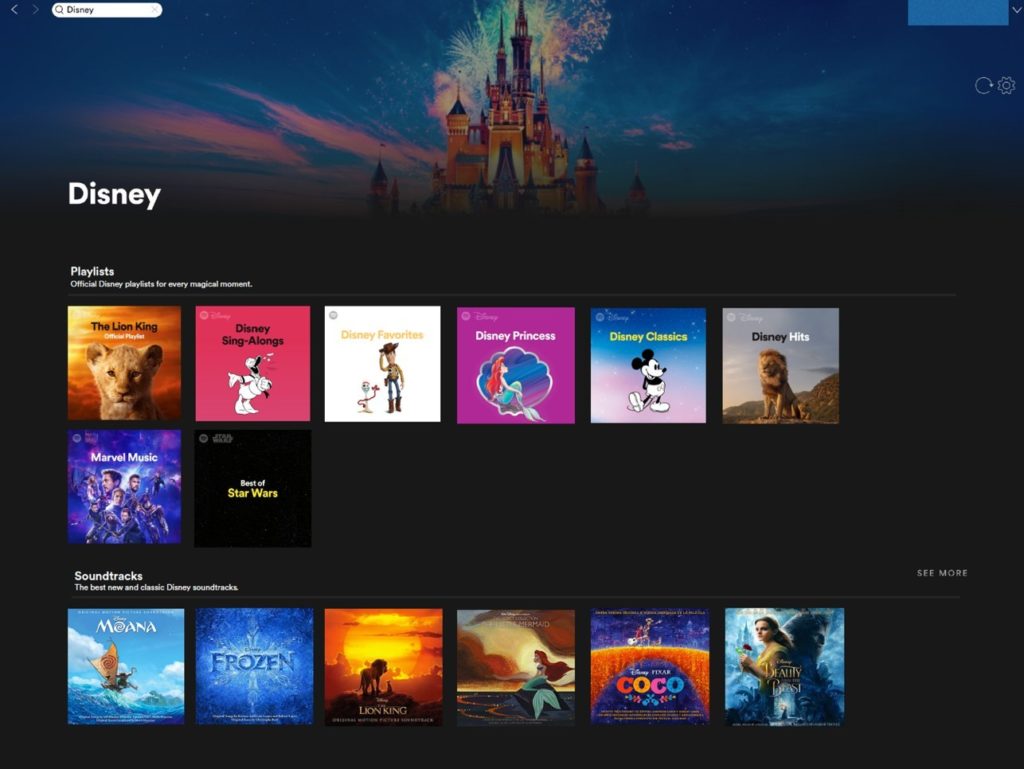 Said DMG Vice President Sales & Digital, Karen Lieberman, “The Disney Music Group has found a loyal listenership on Spotify, and we are thrilled to take it to the next level with the launch of the Disney Hub.  The ability to shine a brighter light on the magic of our music with Spotify listeners is a tremendous opportunity, allowing for easy access to our best new music and timeless catalog of classics.”

“Together with Disney, we’ve curated a magical hub of songs, playlists and soundtracks that’s easily accessible for Disney fans of all ages,” said June Sauvaget, Global Head of Consumer & Product Marketing at Spotify. “With a simple search, Spotify users can listen to all of their Disney favorites – from the vast world of Marvel to The Lion King.  We’re delighted to kick of this partnership and bring this experience to our listeners as we continue to focus on making discovery as seamless as possible.”

A sampling of the Disney Music playlists includes:

Disney Hits: The top songs from the biggest Disney and Pixar Films.
https://disneymusic.co/DisneyHitsSpotify

Disney Sing-Alongs: Songs perfect for sing-alongs; on the road or anywhere.
https://disneymusic.co/DisSingAlongSpotify

Best of Star Wars: Includes some of the most well-known Oscar and Grammy-winning score cues the world over.
https://disneymusic.co/BestStarWarsSpotify

Marvel Music: All the best songs and score from all your favorite Marvel films and shows.
https://disneymusic.co/MarvelMusicSpotify

The Disney Music Hub will be continually updated with additional content.  So, don your Mickey Mouse Ears and “wish upon a star” – you can find it all on the Spotify Disney Hub.