Songwriting with Walt: Behind-the-Scenes of Disney Classics in ‘Moose’

“Moose: Chapters From My Life” by: Robert B. Sherman

The new movie “Saving Mr. Banks,” is a critically acclaimed look at the behind-the-scenes story of the creation of the timeless Disney childhood movie, “Mary Poppins.”

This new movie is shining the spotlight on the Sherman brothers, the songwriting duo behind the score of “Mary Poppins” as well as several other timeless works including, “The Jungle Book,” “Chitty Chitty Bang Bang,” and “It’s a Small World (After All).”

Robert B. Sherman brings his true story to light in his autobiography, “Moose: Chapters From My Life.” Sherman holds nothing back in the candid book, from the horrors he saw as a frontline liberator in World War II to his successful career alongside Walt Disney in the 1960s and beyond.

After Sherman’s death in 2012, his son, Robert J. Sherman, finished editing his father’s final words with the certainty they would inspire the same passion as his songs have for more than 40 years.

“I grew up immersed in the magic and creativity of my father’s bohemian world,” said Sherman, who is following his father’s footsteps as a successful songwriter. “This book gives readers the sincere, complete picture of the man who wrote the soundtrack to our childhoods.”

“Moose” is a collection of 54 chapters divided into seven sections. The different sections cover various parts of Sherman’s life, including his experience as one of the first liberators of the Dachau concentration camp and his triumphs working with Walt Disney in the last years of Disney’s life. 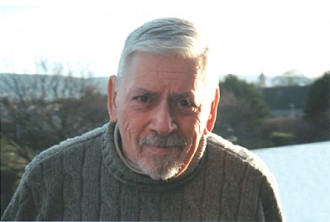