Rumor: The End of Imagination 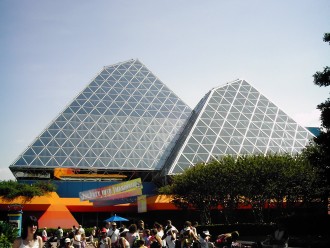 The rumor mill for Walt Disney World is always buzzing.  Mostly its wishful thinking.  But sometimes the people whispering are on the money.

Currently there is a rumor going around that the Imagination Pavilion at EPCOT is going to be taken down soon.

The Imagination Pavilion is the home of Figment.  It has hosted several attractions including Magic Journeys and two versions of Journey Into Imagination. (You can hear our interview with the Dreamfinder on Show #38) From 1994 to 2009, the building housed Honey I Shrunk the Audience!, a 3-d show based on the Honey I Shrunk the Kids movies.  Then following Michael Jackson’s death in 2009, Disney brought back Captain EO, the 3D show he starred in that previously was shown in the pavilion.

Personally I loved Honey I Shrunk the Audience!, though I understand why they got rid of it.  Those movies are old now, and many people barely remember them, while some of the younger guests have never even heard of them.  I also like the new version of Journey Into Imagination, but mainly because I’m an Eric Idle fan.  Maybe it is time for something new in that location.

Part of the rumor is that there will be some sort of Phineas and Ferb ride or attraction.  That would be amazing!  Phineas and Ferb is to this generation what the Muppet Babies were to mine.  I can think of nothing that better encapsulates the spirit of imagination more than Phineas and Ferb.

At the very least, we’ll be rid of the awful, awful Captain EO (Which you can listen to the whole show in our Lifetime Player on the homepage.