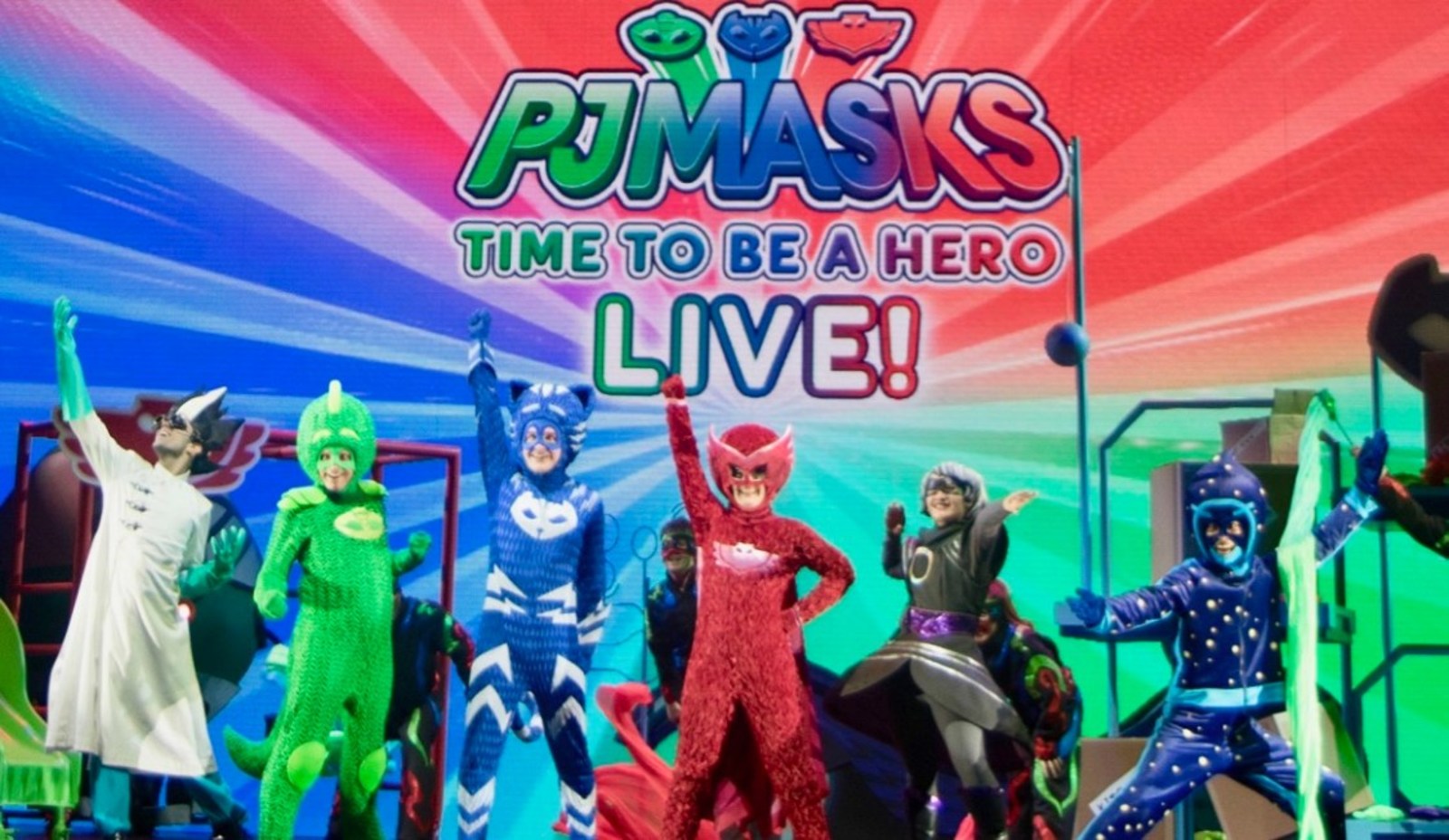 After a “heroic” record-breaking weekend at the Theater at Madison Square Garden, PJ Masks Live will leap, climb and soar into the second half of its first North American tour this month. The dynamic, fully-immersive production based on Entertainment One’s (eOne) top-rated animated series, airing daily on Disney Junior, played six show-stopping performances at MSG that attracted famous NY-based athletes and performers from stage and screen, including Tonight Show host and SNL alum Jimmy Fallon, who treated his kids to a private meet-and-greet with Catboy, Gekko and Owlette following the show.

“There is an amazing amount of energy and enthusiasm around this tour and the PJ Masks brand as a whole,” said Stephen Shaw, CEO of Round Room Presents and Lead Producer for the live tour. “Playing six jam-packed shows to smiling and dancing kids and their families at The Garden is a dream come true and we look forward to extending the fun to fans in more North American cities this year, including upcoming sold-out shows in Pittsburgh, New Orleans, Houston, Ft. Lauderdale, and San Antonio. We’re also excited about giving audiences throughout the UK and Australiathe chance to see their favorite characters come to life on stage for the first time beginning next year.”

In addition to engaging kids and families, PJ Masks Live has been collecting pajamas at each tour venue for Pajama Program, a national nonprofit that supports every child’s right to “a good night for a good day” by providing new pajamas and books for at-risk children. The tour plans to collect more than 2,000 sets of pajamas and continues to gather more donations at every U.S. stop.

“Pajama Program believes that every child has the right to a good night and that includes owning a pair of comforting, warm pajamas. Pajamas are a powerful good night tool important for establishing a bedtime routine for children so that they can experience a peaceful night’s sleep, which in turn can lead to a better day,” said Jamie Dyce, Pajama Program’s Executive Director. “We are incredibly grateful for the support of real-life heroes like the PJ Masks Live team and fans of the show who help us fulfill this important mission.”

Based on eOne’s hit animated series, PJ Masks Live has been delighting fans of all ages with world-class production, familiar and original music, acrobatics, and interactivity featuring the series’ heroes, Catboy, Owlette, Gekko, along with its Baddies.

The hit series PJ Masks follows the thrilling nighttime adventures of three young friends who transform into their dynamic alter egos, Catboy, Owlette and Gekko, when they put on their pajamas at night and activate their animal amulets. Together, they embark on action-packed capers, solving mysteries and learning valuable lessons along the way.

Tickets and information are available at PJMASKSLIVE.com