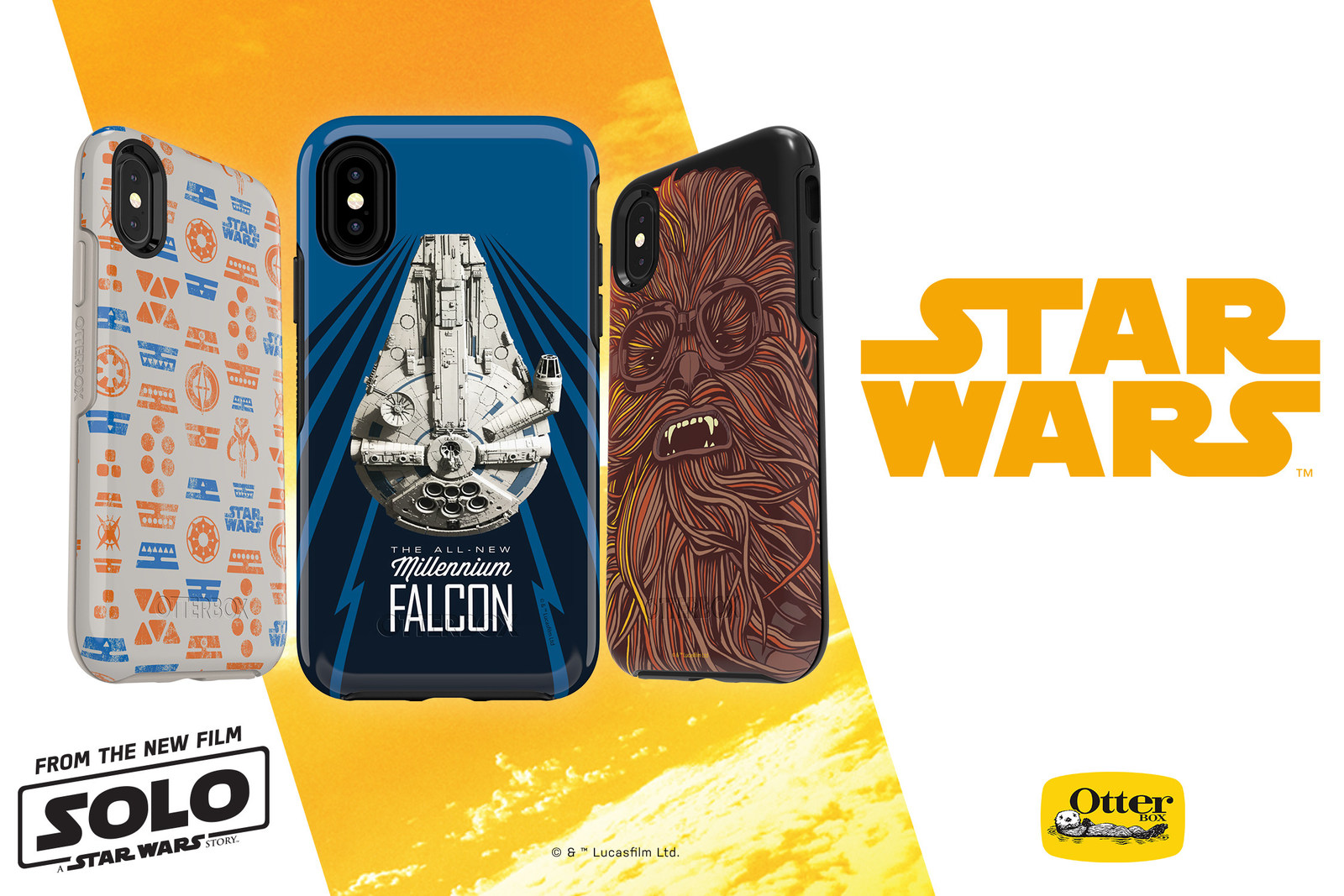 Wherever adventure awaits in the galaxy, everyone deserves a case with style plus hyper-protection. The new Solo: A Star Wars Story Symmetry Series cases is the most loyal co-pilot one could ask for and protects the latest Apple and Samsung devices.

“You don’t have to be scoundrel to protect your favorite co-pilot,” said OtterBox CEO Jim Parke. “Star Wars fans are getting ready to view the epic tale of their favorite smuggler, Han Solo, and now there’s a Symmetry Series that proves their allegiance.”

The Solo: A Star Wars Story collection is a tribute to the iconic character and his place in the Star Wars legacy. “Millennium Falcon” features the shiny Millennium Falcon graphic with “not a scratch on her,” “Chewbacca” inspires Wookiee roars and “All or Nothing” displays symbols representative of a galaxy far, far away….

Symmetry Series is protective against bumps and drops with a slim and sleek form. The dual-density case slips easily in pockets while a raised beveled edge keeps the touchscreen tucked away from harm during drops.

These Solo: A Star Wars Story-themed cases are being added to a line-up of Star Wars Symmetry Series for iPhone 8, iPhone 8 Plus and iPhone X. Other cases feature characters from Star Wars: A New Hope to Star Wars: The Last Jedi, including BB-8, Ray on Ahch-To, a stormtrooper, Darth Vader and a “Resistance Red” Star Wars logo.