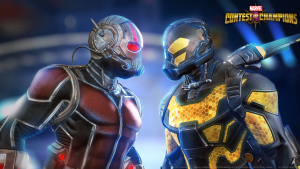 “Kabam continues to update Marvel Contest of Champions to new and exciting places,” said Cuz Parry, Creative Director for Kabam’s Vancouver Studio. “The Ant-Man update was created for our loyal fans who love the Marvel Cinematic Universe and in anticipation of Marvel’s Ant-Man feature film coming later this month.”

As part of the update, Kabam has added a brand new Alliance feature called Alliance Quests, where Summoners can strategize and quest through an all-new map in real time with their Alliance. 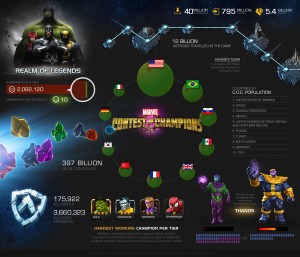 In the Marvel Contest of Champions Ant-Man update, Ant-Man has discovered something odd happening in the ant-sized world of the Battlerealm. While he was ant-sized, Ant-Man notices a battalion of tiny Adaptoids carrying tiny fragments of ISO-8 to a mysterious location. Unravel the mystery of what’s going on in the Battlerealm in the brand new Ant-Man Event Quests.

More on the latest update for Marvel Contest of Champions:

Marvel Contest of Champions is the only arcade-style fighting mobile game that goes beyond the films and dives deep into the Marvel Universe. Heroes and villains from Marvel’s Avengers: Age of Ultron, Avengers, Thunderbolts, X-Men, Inhumans, Guardians of the Galaxy and more battle it out in iconic Marvel locations, in an epic storyline that stays true to classic Marvel storytelling. Marvel Contest of Champions was immediately awarded Editors’ Choice on the App Store following launch in December 2014.