Let’s Play a Game of HMK!

HomeLet’s Play a Game of HMK! 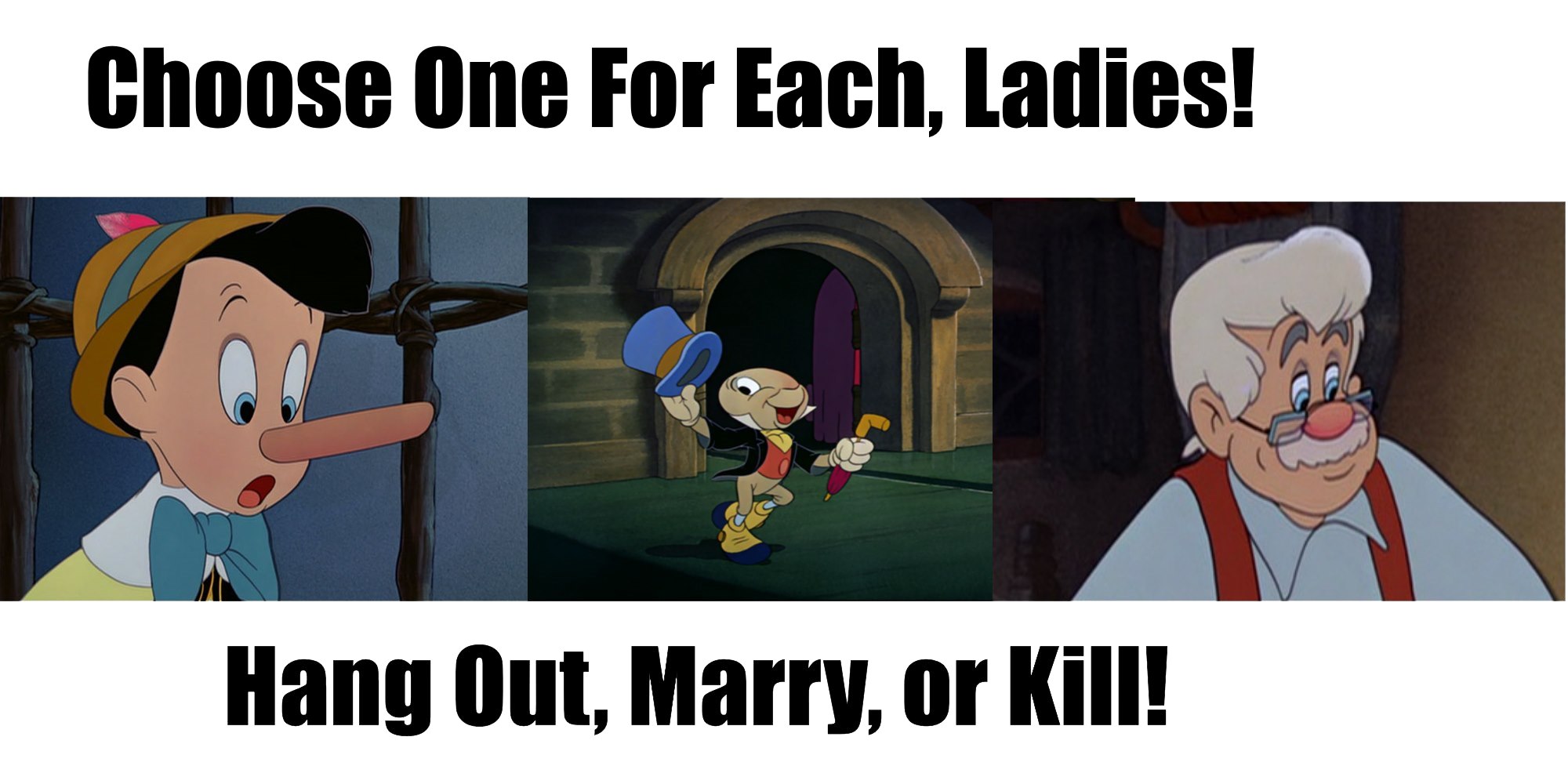 I know when I start to describe this game, you’ll recognize you may have played something similar to it before, and it might not have been so PG. This is a bit of a party game, and sometimes it really shows your friend’s personality or critical thinking at work. The idea is that you pick three people or characters and decide what you’d like to do with them.

In the normal version…you choose from a more “adult” activity. But we’re Disney friendly around here, so I’ve chose a different path.

You will decide which character you’d like to hangout with at least once. You’ll go out and do something, or perhaps stay in and watch a movie on a streaming service. Perhaps you’ll just play a game, board or video. This one is your friend; casual, best, or acquaintance. Or perhaps you’d find that character the marrying kind. You could choose to marry them for whatever reason. They’re rich, they’re attractive, or you just really love that character. We won’t judge.

The final option is to kill them. I know what you’re thinking, why do I allow a violent answer and not a more “adult” version. There really isn’t a good replacement for taking someone out. Would you rather we just beat them up? Kicked them out of the Disney club?

I’m making the rules here, and I’m going to allow killing. You don’t have to hate this character and often times you just didn’t want to marry or hangout with this character. Make a choice, we won’t judge. 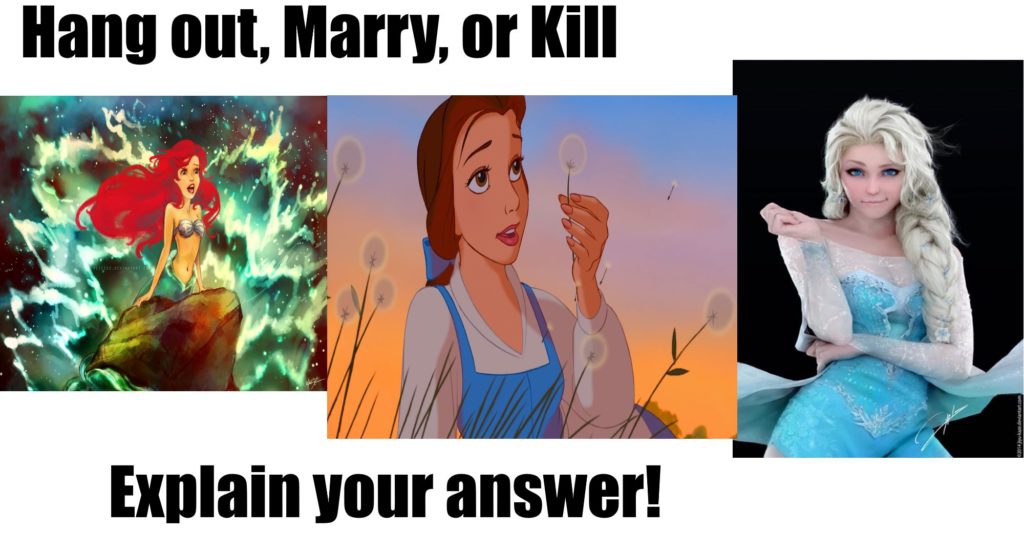 Alright fellas, here’s your choices for this first round. I’ll give my answers on The Neverland Podcast sometime, and perhaps share them with DizRadio. 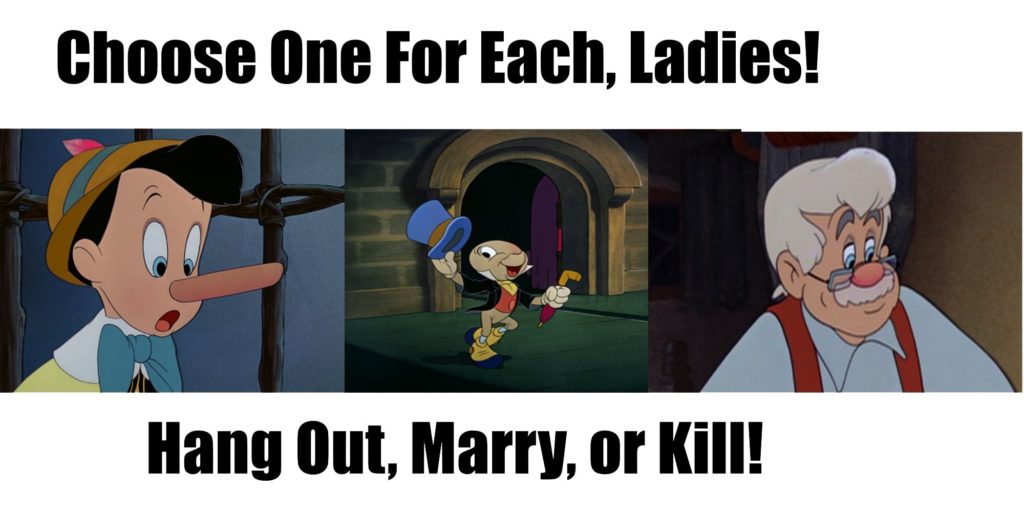 And one for the ladies. You might be saying to yourself, “Hey, the guys got humans, why do I get a puppet, a cricket, and an old guy?” You make your choices based on personality. I’m just picking a theme for the groupings. One day you’ll have to choose between a mouse, a duck, and a doglike human.

Send your answers via email or in the comments below!