Happy 70th Birthday Annette Funicello and Thank You For The Memories 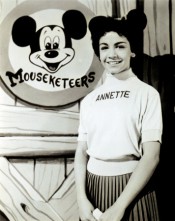 Today is a day all of us Mousketeers can celebrate as we wish our beloved ear wearer Annette Funicello a Happy Birthday today.

Annette turns 70 today and remains in everyone’s hearts as the Mousketeer that we all loved, adored and Walt hand picked (or so the story goes).

She was part of the original Mickey Mouse Club that would later in the years spawn two other incarnations in the 1970s and the late 1980s through the 1990s.

Annette proved to be so popular that she was featured in the weekly serial movie on the program with ANNETTE and followed a small town girls journey to a new city, and new friends. (You can listen to the series while you work at: DizRadio.com.

Annette was the face and the spokesperson for the Mickey Mouse Club and even recorded many top hits such as Monkey’s Uncle, Tall Paul and more. She ultimately went on to star in many of Walt Disney’s other films like The Monkey’s Uncle, and most notably in Babes in Toyland. you can also catch her in Disneyland After Dark (also in our player). She also stared with Frankie Avalon in what was dubbed “The Beach Movies” and in a fun parody reprised that role in the 80s in Back to the Beach 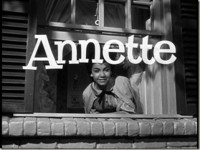 In 1989 she joined the, at the time New Mousketeers, in a Reunion show on the all new MMC, as well as participated in the Grand Opening of Disney’s MGM Studios (now renamed Disney’s Hollywood Studios).


In 1992, Annette made public that she was diagnosed with multiple sclerosis (MS). There has also been an Official Site created for Annette at: www.annetteconnection.com where there are stories, memories and the legacy of her fantastic career.

So on this special day we wish you a HAPPY BIRTHDAY and THANK YOU for all the Magic, Memories, Music and Appreciation of Disney.