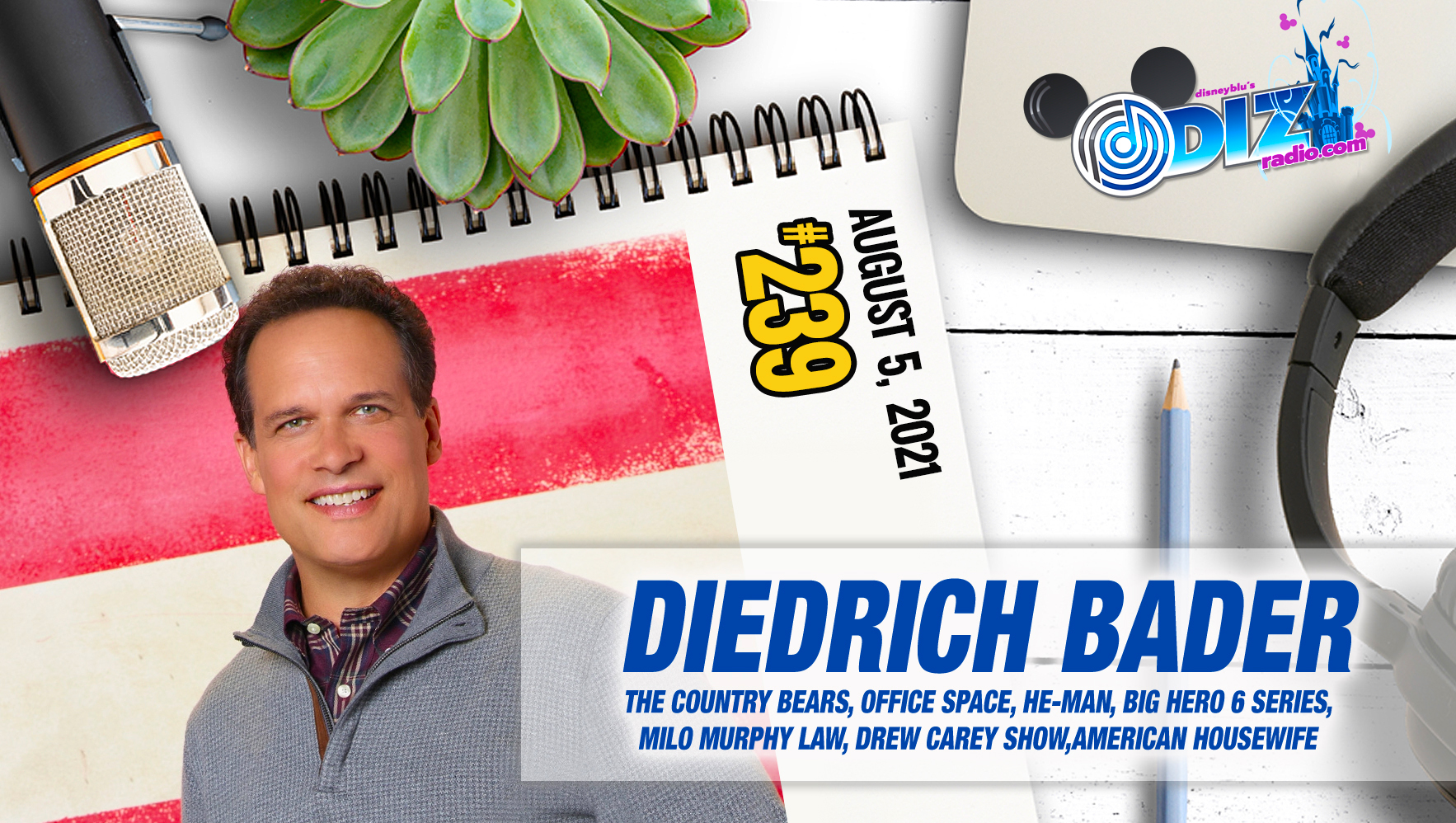 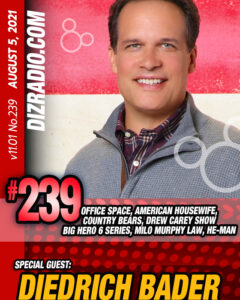 It’s Time D-Heads! This week we are back from our hiatus as we welcome DIEDRICH BADER (Office Space, Drew Carey Show, American Housewife, The Country Bears, He-Man, Big Hero 6, Milo Murphy Law, Napoleon Dynamite, Miles from Tomorrowland, Batman the Brave and the Bold and more) to the show! Diedrich stops in and discusses working on The Country Bears, American Housewife, moments from fans that touched his life, voice acting, being in He-Man on Netflix and so much more!

In addition no show is complete without the D-Team and Domenic is back with with a bang discussing traveling to Disney as a family during Covid in The Short Leash while Jeremy looking into the past with This Week in Disney History as he gets tropical with some beloved Tiki Birds.

There is news fresh off the D-Wire with news about Jungle Cruise, Walt Disney World’s Anniversary, Disney Channel, the next Zombies installment, Descendants sequel, new Disney Original Series and more.