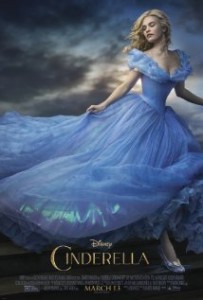 Disney’s Live Action Cinderella to get Imax Release in 2015

IMAX Corporation and The Walt Disney Studios, a division of The Walt Disney Company, today announced that the highly anticipated live-action Cinderella – directed by Academy Award® nominee Kenneth Branagh and starring Academy Award® winner Cate Blanchett as the Stepmother and Lily James in the timeless title role – will be digitally re-mastered into the immersive IMAX® format and released in IMAX® theatres globally beginning March 13.

“Based on the timeless classic, Cinderella now is a visually breath-taking live-action gem from the hugely talented Kenneth Branagh, with whom we’re thrilled to partner again, as well as the wonderful team at Disney,” said Greg Foster, Senior Executive Vice President, IMAX Corp. and CEO of IMAX Entertainment. “Having been fortunate to see the movie several weeks ago, we believe Cinderella will resonate with movie-goers from around the globe, and we can’t wait to share it with IMAX audiences worldwide.”

“Having been fortunate to see the movie several weeks ago, we believe Cinderella will resonate with movie-goers from around the globe, and we can’t wait to share it with IMAX audiences worldwide.”

The IMAX® release of Cinderella will be digitally re-mastered into the image and sound quality of The IMAX Experience® with proprietary IMAX DMR® (Digital Re-mastering) technology. The crystal-clear images, coupled with IMAX’s customized theatre geometry and powerful digital audio, create a unique environment that will make audiences feel as if they are in the movie.