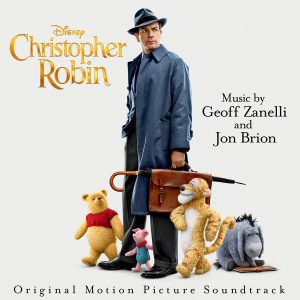 Disney legend Richard M. Sherman wrote both the music and lyrics for the three new songs which appear in the film. The song “Goodbye, Farewell,” which is performed by Winnie the Pooh and friends from the Hundred Acre Wood, can be heard in the opening scene. “Busy Doing Nothing” and “Christopher Robin” are both performed by Richard Sherman himself and appear in the end credits.

“Winnie the Pooh became a dear friend of mine when Walt gave us the assignment to write songs for the first Winnie the Pooh short film,” says Sherman, “and here, so many years later, it is very special to be back in the Hundred Acre Wood again.”

The lyric video for “Goodbye, Farewell” featuring Winnie the Pooh and friends can be viewed HERE.