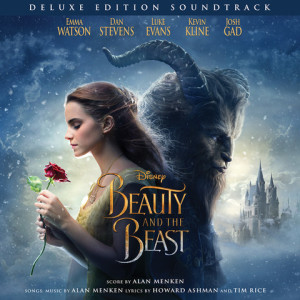 The story and characters audiences know and love come to spectacular life in Disney’s live-action adaptation of “Beauty and the Beast,” a stunning, cinematic event celebrating one of the most beloved tales ever told. Directed by Bill Condon from a screenplay by Stephen Chbosky and Evan Spiliotopoulos based on the 1991 animated film, “Beauty and the Beast” stars: Emma Watson, Dan Stevens, Luke Evans, Kevin Kline, Josh Gad, Ewan McGregor, Stanley Tucci, Gugu Mbatha-Raw, and Audra McDonald with Ian McKellen and Emma Thompson. “Beauty and the Beast” opens in U.S. theaters on March 17, 2017.

From early on, one of Condon’s key objectives was to build upon the story from the animated classic, and the Oscar-winning director realized music could play a significant role in making that happen. By finding interesting variations on beloved songs like “Be Our Guest” and “Gaston” and with the addition of new songs, music could help push the story forward while elevating its emotional content at the same time.

New songs featured in the film and included on the soundtrack are: “Evermore,” a soaring ballad performed by the Beast (Dan Stevens); the heartwarming “Days in the Sun,” sung by Belle (Emma Watson), the Beast and the castle’s enchanted staff; and “How Does a Moment Last Forever,” sung by Maurice (Kevin Kline) and in a reprise, by Belle.

The soundtrack also features three brand new recordings including the duet “Beauty and the Beast” by GRAMMY® nominated and multi-platinum selling artist Ariana Grande and 10-time GRAMMY, Oscar®-winning and multi-platinum selling singer/songwriter/musician John Legend. The iconic song originally recorded by Celine Dion and Peabo Bryson, features Alan Menken’s haunting melody and Howard Ashman’s memorable lyrics, and, upon its release in 1991, went on to receive an Academy Award®, Golden Globe® and GRAMMY Award. The music video for “Breeauty and the Beast” was directed by Dave Meyers (P!nk’s “Just Like Fire,”  Katy Perry’s “Firework”) and can be viewed here: https://www.youtube.com/watch?v=axySrE0Kg6k.