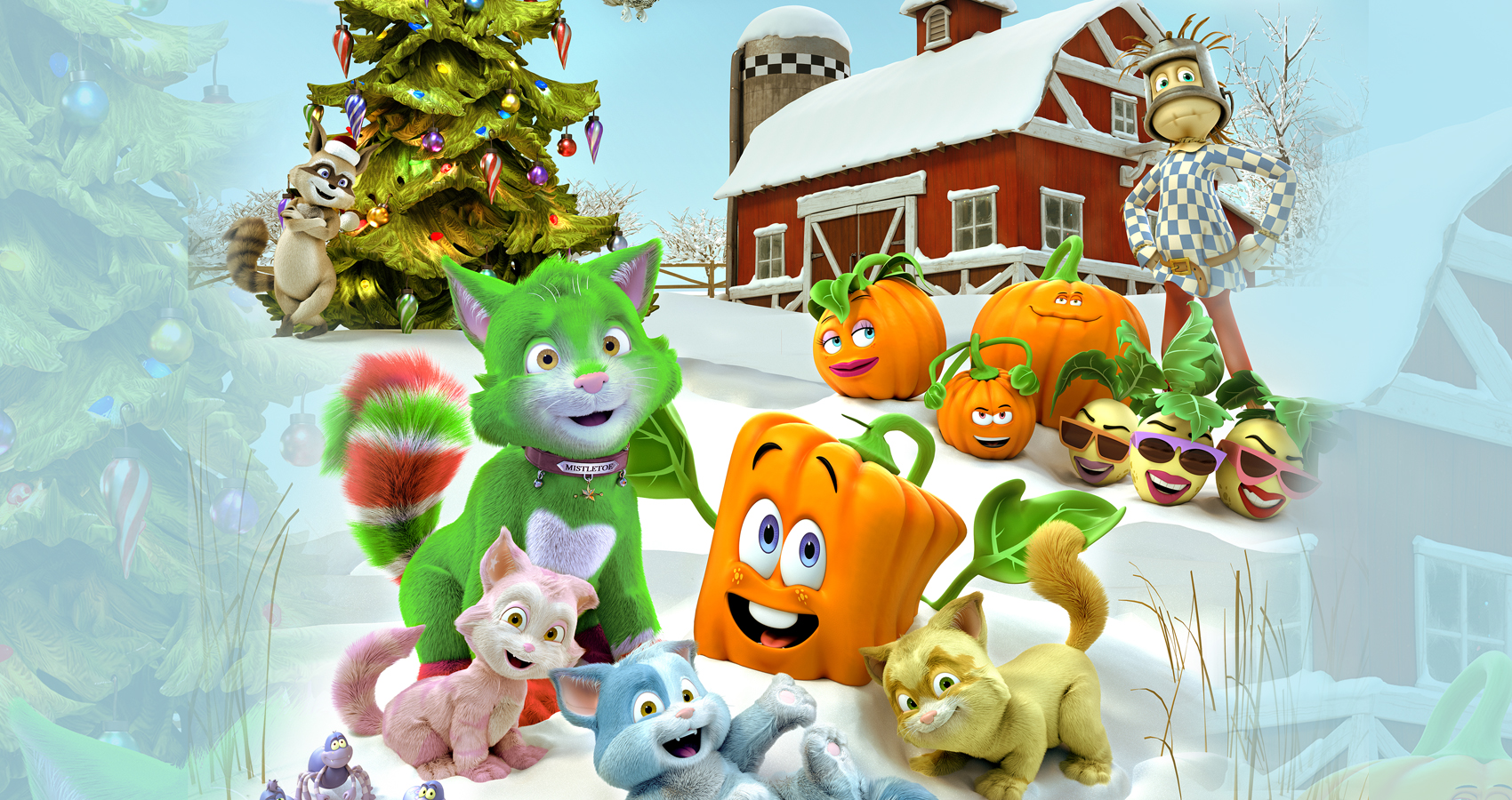 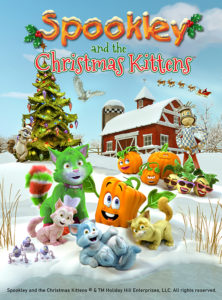 Spookley the Square Pumpkin, the beloved children’s character and star of the perennial special on Disney Junior, is becoming a multi-holiday phenomenon. The original creative team and cast from the Halloween-themed animated classic Spookley the Square Pumpkin have reunited to produce the delightful new animated holiday musical special, Spookley and the Christmas Kittens. The new 45-minute special is inspired by the book The Legend of Mistletoe and the Christmas Kittens, which tells the tale of a green cat with a candy cane striped tail. It includes all of the lovable characters and the feel-good setting of Holiday Hill Farm introduced in the first special.

Spookley and the Christmas Kittens will make its exclusive premiere this December on Disney Junior and Disney Channel.

With all new music and incorporation of state-of-the-art CGI technology, the adventure follows Spookley and Mistletoe who encounter three stray kittens for whom they must brave a raging winter storm to find a home. The heartwarming tale is sure to please Spookley fans as well as parents and educators who will appreciate the message and positive character values that define Spookley’s character.

The creators were determined that the new Christmas special reflect the tonality and sensibilities of the original. “It was truly an honor to work again with this incredibly talented cast and crew, and with the insightful and enthusiastic team at Disney, to help make Spookley a multi-holiday ambassador,” said Spookley creator and script writer Joe Troiano. Director Bernie Denk says, “As a writer and lyricist, Joe has a uniquely unified vision and it was great to have the opportunity to collaborate with him again and reunite with the extraordinary creative team in Montreal.”

After its initial airings on Disney Junior and Disney Channel, the special will be available for digital rental and download across all major platforms including Apple iTunes, Amazon Prime Video, and Google Play. For more information about Spookley, visit http://www.spookley.com and facebook.com/spookley.