Disney Animated, a new premium app for iPad, is now available in the App Store. For the first time ever, fans can explore the story of Disney animation through unique interactive illustrations and authentic animation workshops derived from actual Disney technologies.  Disney Animated gives fans unparalleled access to an astonishing amount of content, including text, art, sound, images, interviews and interactive activities, spanning all eras of Walt Disney Animation Studios history, many previously unavailable to the public.  Disney Animated was created in collaboration with Touch Press, the acclaimed developer of award-winning iPad apps such as The Elements and Barefoot World Atlas, recently selected by Apple as one of the ten best apps of all time.

“At Disney Interactive we are committed to building new, high-quality storytelling experiences that leverage digital technologies and platforms,” said Mark L. Walker, Senior Vice President, Disney Interactive Entertainment. “Through the power of the iPad, we are bringing fans closer than ever to their favorite Walt Disney Animation Studio films and the art and technology of making those films.  Disney Animated represents a rare moment when innovation, technology and art converge to create an experience that is entirely new.” 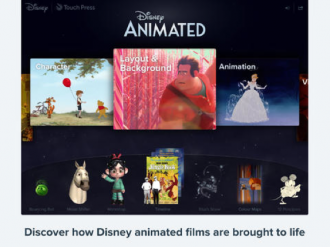 “We’re excited to show the world the art and technology behind how we make our films and inspire the next generation of animators.”

Through Disney Animated, fans can immerse themselves in content from all 53 full-length animated feature films.  From the ability to examine treasured artifacts and intricate artwork to an exclusive first look at footage, concept art, animation tests and visual effects from the upcoming film Frozen, Disney Animated allows fans to discover the animation process through hands-on interactive activities adapted from the actual tools Disney animators use. 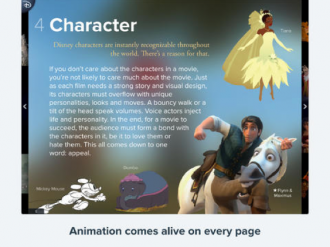 Go Deep Into Character Development in the Disney Animated App

“The world of Disney animation is amazingly rich and deep.  The more you look into it, the more surprising and delightful it becomes,” said Theodore Gray, co-author of Disney Animated and Chief Creative Officer of Touch Press. “We rethought from the ground up how this story should be told, now that we can tell it with words, pictures, clips, sounds, and interactive workshops that let you apply what you’ve learned.” 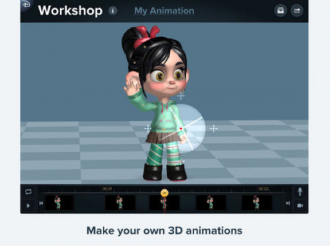 Render Your Own 3D Character in the Disney Animated App 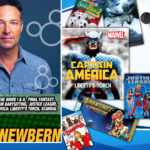