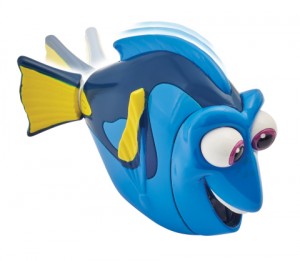 “With the beloved characters from Finding Nemo joining a fantastic new supporting cast of friends, our expansive line is sure to spark imaginations worldwide to share in Dory’s aquatic journey,” said Kenji Washida, Vice President of Brand Management, Bandai America Incorporated. “From kids to adult collectors and everyone in between, the Finding Dory line from Bandai offers something magical for the whole family.”

With recognizable sounds and voices from everyone’s favorite fish friends, Dory, Marlin and Nemo (in addition to a few new pals), Bandai’s products capture the essence of the feature film and transform key moments into playsets, interactive toys, feature figures, plush, bath toys and much more. Specific highlights include My Friend Dory interactive soft figure – which features 50 different phrases as Dory responds to swimming and upside-down movements, and Swigglefish Figure Assortment that showcases unique “fun fish motion” allowing kids to bring Dory, Nemo, Marlin moveable figures and other new underwater friends to life! The merchandise will roll out globally beginning in May 2016. 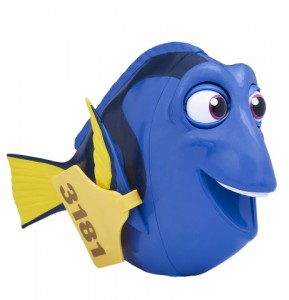 “Disney∙Pixar’s Finding Dory presents a great opportunity for us to extend the adventures of these cherished characters through innovative products,” said Josh Silverman, executive vice president global licensing, Disney Consumer Products. “Working with Bandai, we were able to come up with fun and creative ways to translate ocean life into engaging toys that fans of all ages will love.” 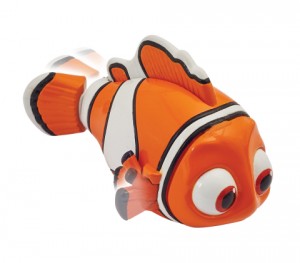 Disney∙Pixar’s Finding Dory reunites the friendly-but-forgetful blue tang fish with her loved ones, and everyone learns a few things about the true meaning of family along the way. The all-new big-screen adventure dives into theaters in 2016, taking moviegoers back to the extraordinary underwater world from the original film.