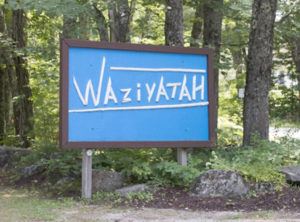 Some of you Disney Channel fans from 1998 may remember a gem of a show called BUG JUICE! This was Disney’s attempt at bringing reality television to its’ young viewers.

Basically, if you do not remember it, it followed a group of children ranging in age from 10 years to 12 years old to summer camp. It was your basic reality TV format with the kids talking to the cameras and the film crew capturing many moments showing the struggles of being this age, bonding, making new lasting friendships, doing camp activities and more as they we at camp in the state of Maine. The initial season of Bug Juice saw its young campers as they head off to Camp Waziyatah.

Now almost two decades later it is getting a reboot, or relaunch, however you want to look at it. The new incarnation will also involve many of those who produced its’ earlier counterpart, Douglas Ross, Tina Gazzero Clapp and Toni Gallagher.

The newest season is currently filming and is slated to begin airing in 2018 on the Disney Channel. So are you ready for some Bug Juice once again? I know it will be interesting for me sinceI now have children in those are ranges who do attend camp so it will be a whole new viewing experience as a parent and something fun and new for the new generation of campers.