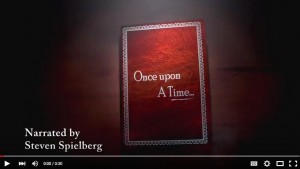 Share the #MagicofStorytelling with @Disney and @FirstBook! Help bring new books to your community. #DisneyReadsDay

Disney announced that it will donate its 50 millionth book to First Book, a nonprofit that provides new books to educators and organizations serving children from low-income families. To celebrate this milestone, Disney and ABC are inviting consumers to join the fourth annual Magic of Storytelling campaign through a number of activities between now and March 31, 2016, including the first annual Disney Reads Day on February 6, 2016.

The Magic of Storytelling campaign is a collaboration between Disney Publishing Worldwide and Disney|ABC Television Group to help First Book put brand new books into the hands of children in communities nationwide. The campaign features a public service announcement, special events, an extensive media campaign, social media activations and a 50-State online challenge.

The inaugural Disney Reads Day on February 6 will kick off four weeks of events and special promotions at participating retailers and other organizations, including story time events at Disney Store’s 180 U.S. locations, to raise awareness of the importance of reading.

“The Magic of Storytelling campaign celebrates all the ways that a love for reading benefits a child’s life. We’re tremendously grateful to have a partner in Disney that shares these same beliefs,” said Kyle Zimmer, president and CEO of First Book. “This year is especially thrilling as Disney donates its 50 millionth book through First Book. We hope communities nationwide join us in our efforts to raise awareness of the importance of reading.”

The Magic of Storytelling campaign will feature a public service announcement (PSA) voiced by Steven Spielberg, Director of The Walt Disney Studios upcoming film adaptation of “The BFG,” based on the beloved book by Roald Dahl, coming to theaters on July 1, 2016. Created to celebrate storytelling and underscore the importance of reading, the PSA will be shared with audiences across Disney including ABC affiliate stations, ABC Network, ABC Family (soon to be renamed Freeform on January 12, 2016), Disney Channel, Disney XD, Disney Junior, Disney Store, Disney Cruise Line and Disney Resorts’ TVs, the ABC Watch app, and more. Additionally, each local ABC-owned station will donate 5,000 books to their local communities through schools and organizations in their respective markets.

“Storytelling is at the heart of everything we do,” said Leslie Ferraro, co-chair, Disney Consumer Products and Interactive Media and president, Disney Consumer Products. “Great stories change lives, unleash imaginations and foster creativity. We are incredibly proud of our ongoing, long-standing partnership with First Book and the work they have done to bring books to kids in need, and we look forward to sharing the Magic of Storytelling and Disney Reads Day with families and fans.”

Consumers are encouraged to participate and share the magic of storytelling through a number of ways:

To learn more about the Magic of Storytelling campaign and Disney Reads Day, please visit Firstbook.org/BeInspired