Countdown to the 25 Days of Christmas Set to Debut along with HOME ALONE 5: HOLIDAY HEIST 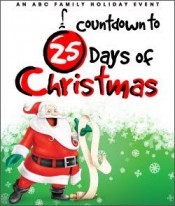 ABC Family: Countdown to the 25 Days of Christmas

We all love Christmas and the Christmas season. The best part are the classics as well as some of those cheesy made for t.v. movies that just give you the Christmas Cheer.

Well, it seems the lineup for the rest of November has been released and it will also include an All-New Home Alone with Home Alone: Holiday Heist, which if you were counting is the 5th movie in the franchise and the second film not to focus on the McCallister Family. 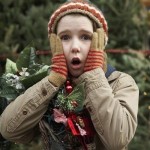 “Home Alone 5 (also known as Home Alone 5: The Holiday Heist) is an upcoming 2012 made for TV movie and the fifth installment in the Home Alone franchise. It will star Malcolm McDowell, Debi Mazar, Eddie Steeples and Christian Martyn. The film will be broadcast on ABC Family on November 22, 2012 (Thanksgiving), during the network’s annual “Countdown to 25 Days of Christmas” programming block.”

In addition to this new entry to the franchise we can also see some of our favorite T.V. Holiday films like Holiday in Handcuffs, Cupid, Eloise at Christmastime, The Christmas List and Santa Baby.

I know I am not one to usually push Christmas before Thanksgiving but I felt we needed to give you that jump start in case you needed to set those DVRs. As for the Home Alone Entry, before I had kids I would have said NO. But now, as a Father of 4, I am open to something fun to watch with them that night.

What do you think?