Based on the popular show Chuggington™ which airs weekdays on Disney Junior, Disney Channel’s programming block for kids ages 2-7 and their families, and daily on the new 24-hour Disney Junior cable and satellite channel, this virtual train set invites children ages 3-8 to explore Chuggington in an interactive adventure on their iPhone, iPad or iPod touch.

With the unique path drawing gameplay, children help chuggers accomplish various quests within an adventure pack by solving problems along the way. The additional Build and Play mode allows players to customize the world by adding buildings, interactive rail items and the ability to upgrade and personalize their trains with exciting accessories. 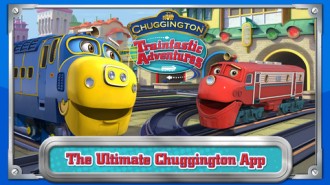 Game Play on your iPad, iPhone or Mobile Device

“With this app, kids get to be creative, learn and play in a dynamic way unlike any traditional train set,” adds Creative Director, Michael Elman.

“Budge Studios is a leader in developing eye-catching, educational and entertaining apps targeted to preschoolers,” said Megan Buecher, Director of Licensing, Ludorum. “We’re thrilled to be partnering with them on our newest Chuggington app.”

Chugginton Traintastic Adventures is filled with endless entertainment, eye-catching 3D animation, character voiceover and even features short clips from actual episodes as players make their way though each of the adventure packs. Players can also visit their collection to see what items have been completed and find additional quests within the four adventure packs available in the app.

The Chuggington Traintastic Adventures App is available for $3.99 from the App Store on iPhone, iPad and iPod touch or at: https://itunes.apple.com/app/id561690207. 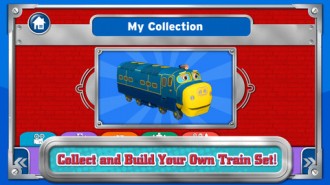 Build your Own Train

Chuggington is a CGI-animated series that follows the adventures of Wilson, Brewster and Koko, trainee engines, each with their own unique personality and learning style. The series is set in a world much like our own with cities, villages and diverse cultures and geography. Entertainment and enjoyment are at the heart of Chuggington, but embedded within each story are important educational and developmental messages centered on learning and social-emotional development. Chuggington is directed by Sarah Ball, who won a BAFTA award for her work as a director and writer of Bob the Builder™. Further information is available at http://www.chuggington.com.