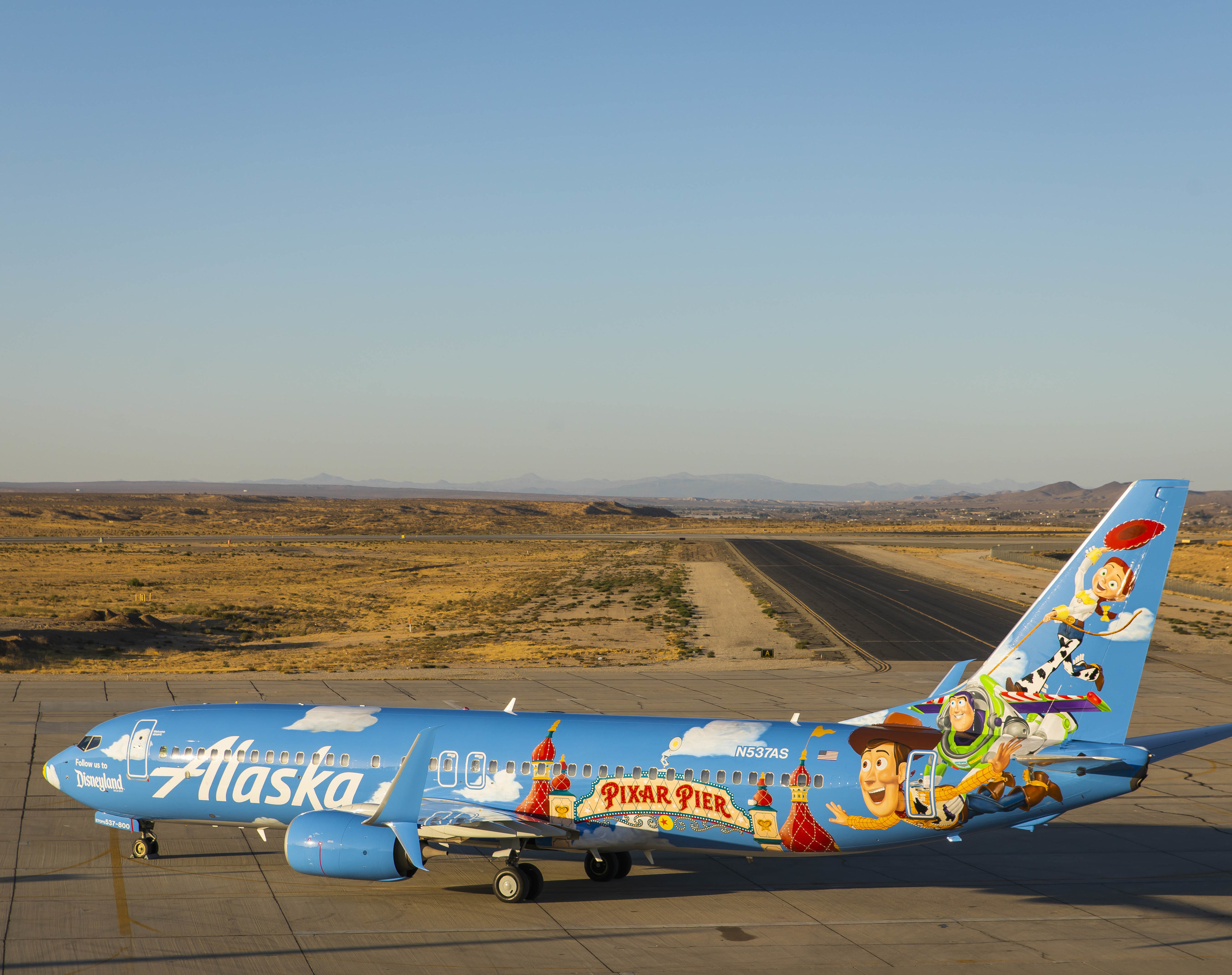 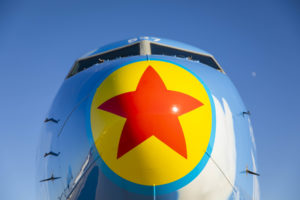 A trio of familiar Pixar characters span both sides of the aircraft: Woody, Buzz Lightyear and Jessie of Toy Story fame. For more added fun, one of the Aliens from the popular animated movie series can be spotted on both winglets, and even Rex the Tyrannosaurus makes a special appearance at the boarding door. The plane is named “Friendship and Beyond at Disneyland Resort.”

“There’s nothing better than landing happy on the way to The Happiest Place on Earth,” said Natalie Bowman, Alaska Airlines’ managing director of brand marketing and advertising. “The Disneyland Resort is one of our signature West Coast friendships, and we love that we can celebrate Pixar Pier by taking these iconic characters on a brand-new adventure.” 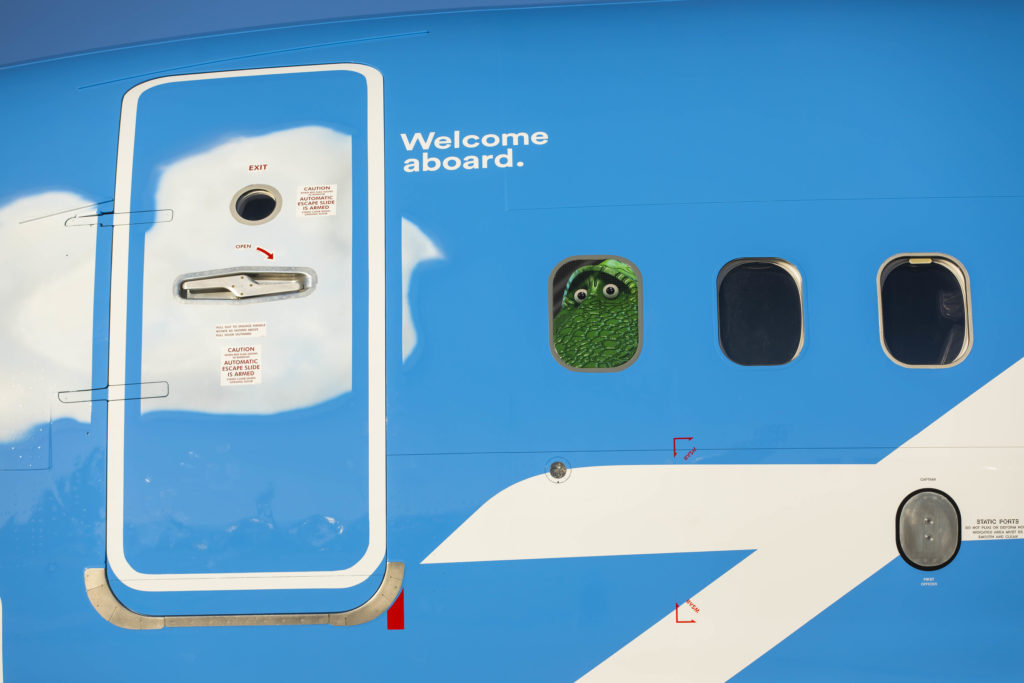 The unique design is a collaboration between the teams at Alaska, Disney and Pixar. The Pixar Pier-themed 737-800, tail number N537AS, begins flying throughout Alaska’s route network today, welcoming guests with its artistic flair for many years to come. To get the job done, the exterior of the plane required more than 2,800 work hours over 24 days using more than 50 gallons of paint — in 44 primary colors and custom shades — to completely repaint the aircraft with the vibrant new livery.

“We celebrate friendship and beyond every day in Pixar Pier at the Disneyland Resort,” said Lynn Clark, Disneyland Resort vice president of sales and services. “Now, thanks to our great friends at Alaska Airlines, our guests are immersed in the celebration even before they arrive.”

Pixar Pier is the latest reimagined land to explore at Disney California Adventure Park. Beloved Pixar stories and characters come to life in four imaginative neighborhoods: Incredibles Park, Inside Out Headquarters, Pixar Promenade and Toy Story Boardwalk. Attractions include the Incredicoaster, Jessie’s Critter Carousel and Inside Out Emotional Whirlwind, along with dining options at eateries such as Lamplight Lounge and Adorable Snowman Frosted Treats. And don’t forget about shopping opportunities at Bing Bong’s Sweet Stuff and Knick’s Knacks.

Guests can always book their next trips to Southern California (or hundreds of other destinations) at alaskaair.com. And once there, this is the perfect time to visit Disneyland Resort and all it has to offer.