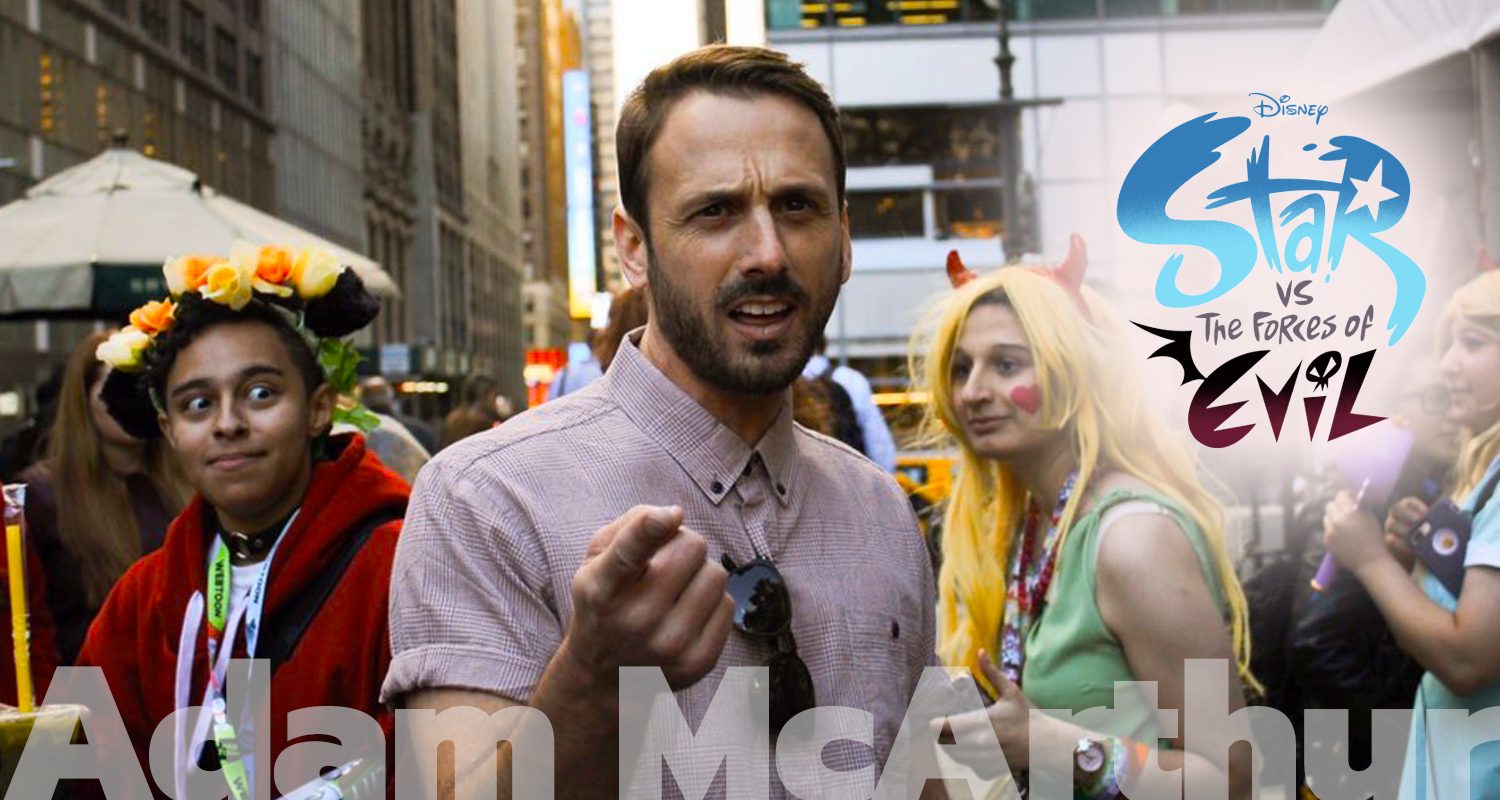 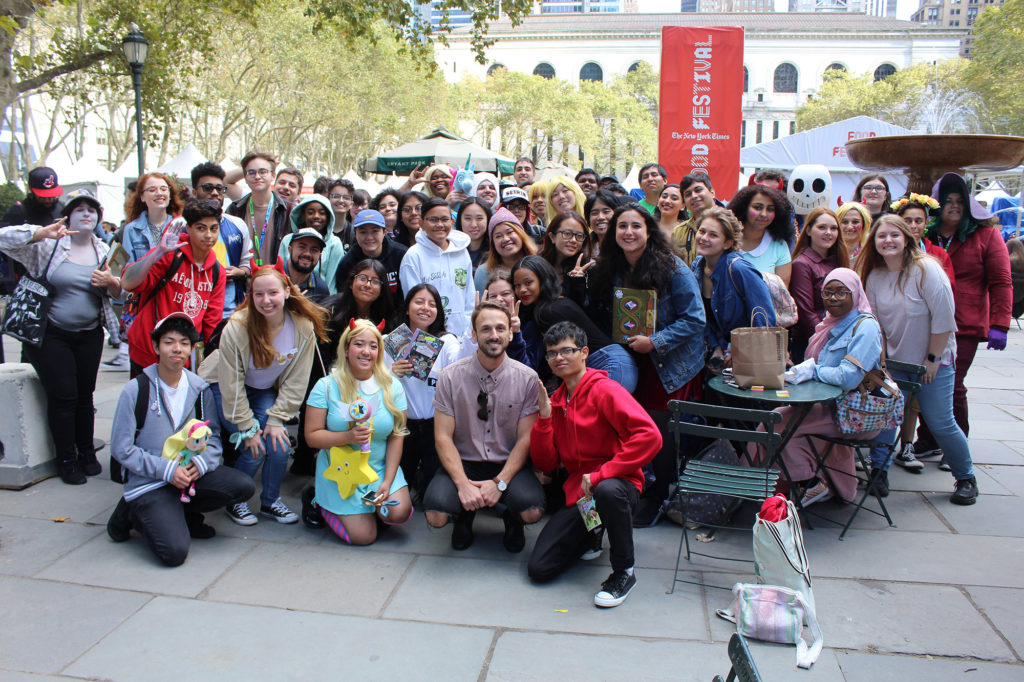 October 4, 2019 was a day filled with fans and fun as Adam McArthur (Star vs. The Forces of Evil) hosted his 1st Annual New York Comic-Con Super Awesome Boba Fan Meetup! 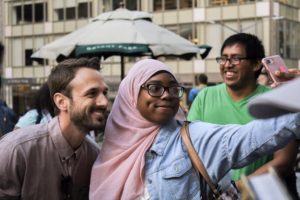 The event kicked off into what will turn into an annual event of meeting fans, taking photos, signing autographs, and just hanging out in Bryant Park. Adam has touched so many lives over the years with roles he has played and in recent years really connected with the highly popular fan base behind Star vs. The Forces of Evil which airs on Disney XD, Disney Channel and the DisneyNOW app.

Star vs. the Forces of Evil is a show created by Daron Nefcy and follows a girl named Star Butterfly, a princess from Mewni that travels to Earth to train herself on using the family wand and stays as an exchange student with the Diaz family. It is there she and her friend Marco Diaz (played by Adam McArthur) go on endless adventures. 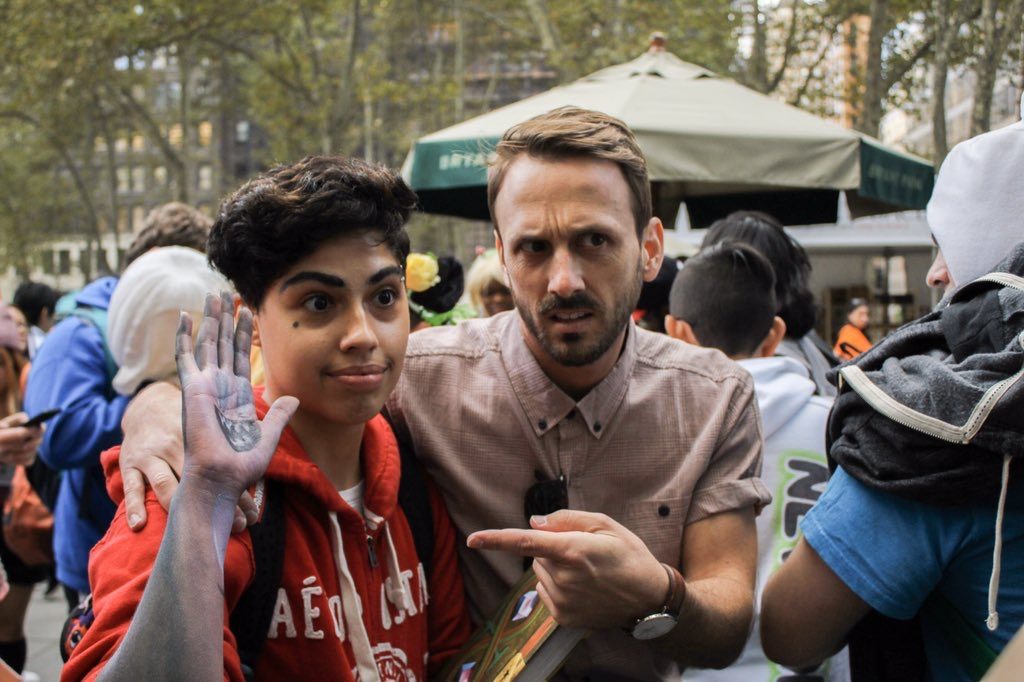 From Cosplayers, to just fans of the show, Adam always goes the extra mile to connect with everyone and there is nothing ever short of smiles, laughter and memories being made at any event Adam participates in and now you can expect this annual event to grow every year!

You can also listen to Adam in the DizRadio Archives from 2017: CLICK HERE TO LISTEN 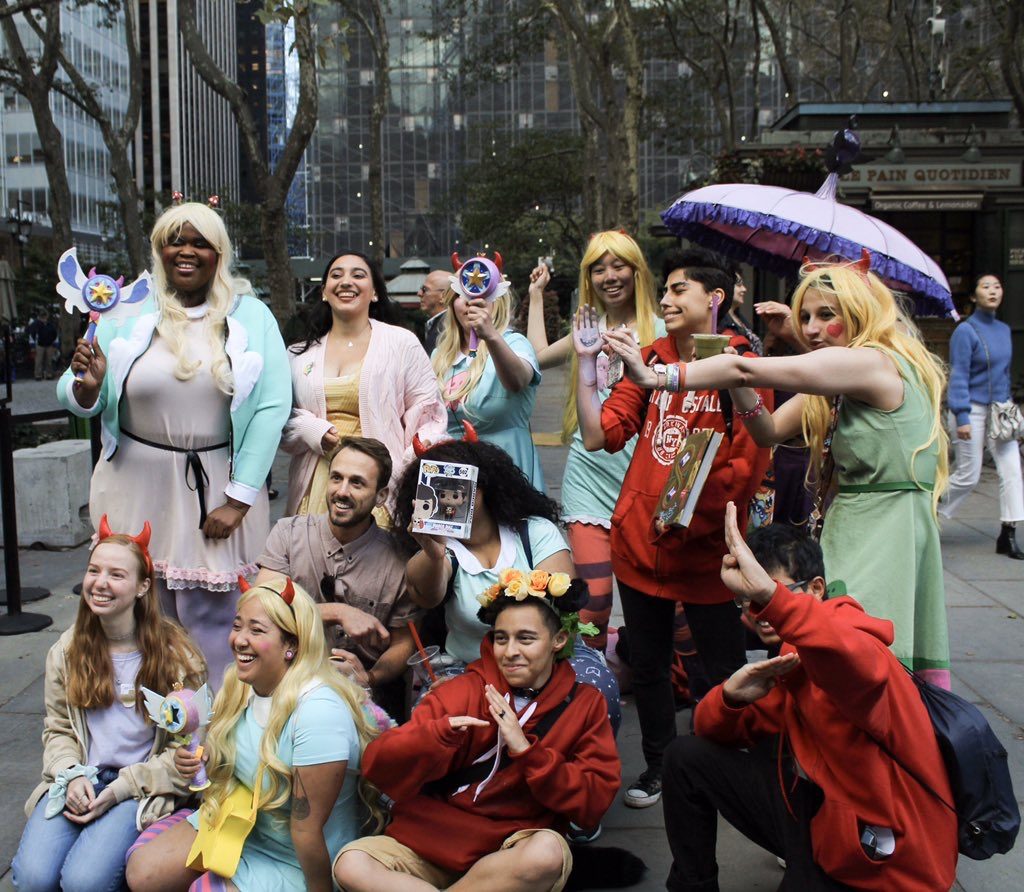