Disney has been making it a habit of creating movies based off of its attraction from Pirates, to the Haunted Mansion, Mr. Toad’s Wild Ride and even The Country Bears. We also have seen development on the way for such items as Tomorrowland, Jungle Cruise, a Haunted Mansion reboot, and even one called simply, The Magic Kingdom.

One that we all knew was also in development was Big Thunder Mountain. Well, now it seems that ABC Studios, a Disney Company, is developing this project as a Television Series instead of a full length movie according to The Hollywood Reporter.

So far the show is titled “Big Thunder Railroad” and will follow the feel, back story and fun of the popular Disneyland and Walt Disney World Attraction. Chris Morgan, of the Fast and Furious, will will be the supervisor and executive producer. Jason Fuchs, of Ice Age: Continental Drift, is set to pen it. This will bring Disney back to television as we all want to see since I personally miss the Wonderful World of Disney, so much we even have a “Bring Back the Wonderful World of Disney” group on Facebook.

In fact we all may remember the Wonderful World of Disney setting the tone for many of the attractions at the parks and served as a promotion for everything from Attractions, Parades, New Movies and more! Let’s hope this does the same.

We will keep you posted on the Wildest Ride in the Wilderness, the earthquakes, falling rocks and good old western fun as this project develops. 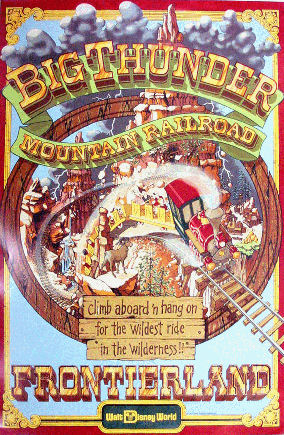