Hey D-Heads, those of us know a partnership with Disney can only lead to great things and now in a bold, yet smart move, The Walt disney Company has aquired Lucasfilm Ltd. in a stock and cash transaction.

Lucasfilm is 100% Owned by George Lucas himself, so this seems like a smart and strategic move on his part to keep the Star Wars Universe alive. Under the terms, it is set to be valued at $4.05 Billion with the Walt Disney Company paying out about half of that in cash and the rest in stocks, about 40 million shares.


I personally feel this is a great move to join forces with a partnership that already is full of family entertainment and will continue to grow both the Disney Company and the Star Wars Brands.

“For the past 35 years, one of my greatest pleasures has been to see Star Wars passed from one generation to the next,” said George Lucas, Chairman and Chief Executive Officer of Lucasfilm. “It’s now time for me to pass Star Wars on to a new generation of filmmakers. I’ve always believed that Star Wars could live beyond me, and I thought it was important to set up the transition during my lifetime. I’m confident that with Lucasfilm under the leadership of Kathleen Kennedy, and having a new home within the Disney organization, Star Wars will certainly live on and flourish for many generations to come. Disney’s reach and experience give Lucasfilm the opportunity to blaze new trails in film, television, interactive media, theme parks, live entertainment, and consumer products.”

“Lucasfilm reflects the extraordinary passion, vision, and storytelling of its founder, George Lucas,” said Robert A. Iger, Chairman and Chief Executive Officer of The Walt Disney Company. “This transaction combines a world-class portfolio of content including Star Wars, one of the greatest family entertainment franchises of all time, with Disney’s unique and unparalleled creativity across multiple platforms, businesses, and markets to generate sustained growth and drive significant long-term value.”

With the new acquired franchise Disney will take over Ownership of Lucasfilm Ltd. and all of its Star Wars Franchise, Operating Businesses, and Technology currently developed and under development. The Lucasfilm Headquarters will remain in its current location in San Franciso, California along with all its other locations to remain in tact as well such as LucasArts, Industrial Light & Magic, and Skywalker Sound. All of its current employees will remain at their locations and positions.

The biggest change will come as Kathleen Kennedy, Co-Chairman of Lucasfilm Ltd., will take over as President with George stepping down but remaining as Creative Consultant to the Disney Company for future projects, and the direction of the Star Wars Universe. A very smart movie might I add.

Kennedy will serve as executive producer on new Star Wars feature films, with George Lucas serving as creative consultant. And if that wasn’t enough, Star Wars Episode 7 is targeted for release in 2015, with more films to follow in later years to continue the Universe and Brand of Star Wars. 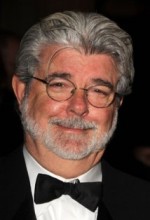 George Lucas to remain as Creative Consultant for Disney

This is a smart move on Disney’s part and in recent years we have seen such great partnerships in acquisitions such as these with Pixar Animation Studios and more recently with Marvel. This will great expand Disney’s Universe, continue the legacy of George Lucas long after he is gone and also keep High End Quality Entertainment coming for Generations of Children.


With Disney’s Star Wars Weekends always a top hit and widely popular, the relaunch of the re-envisioned Star Tours and with Indy in the parks, it is a smart bold move one which I completely agree with.