How will Disney’s Acquisitions Affect the Parks?

The last decade has seen the Walt Disney Company make one genius purchase after another.  Pixar, Marvel and Lucasfilm… any one of these properties are worth a fortune and will provide an endless well of inspiration for future Disney projects.

Which is it’s own minor problem with the fanbase.  Each of the acquisitions has led to endless fan speculation about what Disney plans to do with them, particularly in regards to the Disney Parks.  Will we get a Pixar Park? Will we get a World of Marvels?  Is Disney’s Long Time Ago In a Galaxy Far, Far Away in the near future?

I thought I would discuss some of the speculation and talk about what I’d like to see from Disney. Bear in mind, I have no inside knowledge. 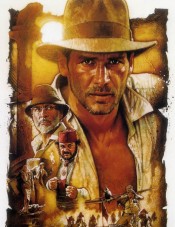 People have sort of gone nuts with the Lucasfilm purchase.  The internet was ablaze with both outrage and excitement.  The outrage is attributable to the fact that some people have a bizarre desire to hate the Mouse, or as I like to think of it, people who have no soul.

Among the excited crowd, one of the questions I heard was “will Disney build a Star Wars park?” Again, I have no inside knowledge, but I think I can pretty definitively say “no”.

The main reason being that the new and improved Star Tours has all the bases pretty well covered.   It covers so many landscapes from the films, there wouldn’t be that much to mine for a whole park.  Which isn’t to say that we won’t see any attractions. I’d love to see an X-Wing Roller Coaster or an attraction based on the Millenium Falcon.  One suggestion I saw from a fan was that they should build a Mos Eisley Cantina.  That would be amazing!  Much like Sonny Eclipse in Tomorrowland, they could build an animatronic band to play. The Backlot Express located next to the Jedi Academy is ripe for replacement.

But Lucasfilm isn’t limited solely to the Star Wars Universe.

Between Marvel and Lucasfilm, it seems pretty obvious we can expect Howard the Duck to become the new star of Disney!  (Kidding. Mostly.)

Many have argued that Disney needs to do something about The Indiana Jones Stunt Spectacular. It’s not that it’s a bad attraction… it’s just a one and done.  Much like the Backlot Tour, it never quite felt a worthwhile show.  The Backlot Tour has been gone for a few years now, replaced with the far superior Lights! Motors! Action! Extreme Stunt Show.  Now that Disney owns Indiana Jones, it’s time to do something about Indy as well.

I’ve always lamented the absence of the Indiana Jones Adventure in Walt Disney World.  I always thought that they kept it exclusive to Disneyland as another way to maintain individuality between Disney Parks. Now seems like a great time to reconsider and give us a new improved Indiana Jones Adventure, perhaps one separate from Temple of the Forbidden Eye.  I’m not the biggest fan of Kingdom of the Crystal Skulls, but if the Imagineers can make the Star Wars Prequels into an amazing thrill ride, they can certainly handle this job.

I honestly don’t think Disney would break up the Lucasfilm properties.  Star Tours 2 and Jedi Academy just opened. It seems unlikely they’d move it.  More likely they’d just appropriate more of that wing of Hollywood Studios into a Lucasland or something. On the other hand, Indy might be a great alternative to the much belabored Avatarland project in Animal Kingdom.  However, I would love to see Pixar’s Brave take up that spot, giving us Disney’s version of Scotland.

The question is often asked, “when will Disney build a new park?” The consensus being that Disney needs to expand to accommodate our wishes. The most common complaint is that Disney doesn’t have their own version of Universal’s Islands of Adventure, a true thrill-ride park.  The reality is that it would cost billions to build a new park, and in the current economic climate, Disney may be reluctant to take that plunge.

If and when they do decide to build, you can bet it won’t be until after they’ve broken Universal’s lease on the Marvel Characters.  It’s anyone’s guess as to how close they are to doing it, but Universal has been beefing up their non-Marvel attractions for the last few years.  The Wizarding World of Harry Potter is even giving Disney a run for their money in terms of scale and execution. 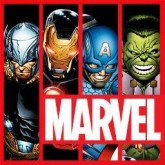 While we might not see a new park, smaller attractions will probably start to pop up. Disney is already planning on bringing in Marvel characters to the parks for photos and autographs.   There was a rumor that Innoventions might be replaced with the Stark Expo from Iron Man 2.  As much as I love Innoventions, a revamp of it that combines Marvel with Science and the World’s Fair seems like something Walt would have approved of.

Sooner or later, we’re going to see these projects emerging.  With the popularity of their new properties currently exploding (particularly Marvel), Disney won’t wait long to capitalize on them.

Until then we’ll just have to keep wishing.