The Lone Ranger: Wanted From Walt Disney Records Set For Release On July 2 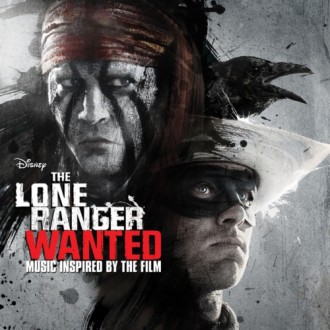 Inspired by one of the summer’s most anticipated movies, Disney/Jerry Bruckheimer Films’ “The Lone Ranger,” The Lone Ranger: Wanted features 14 new songs performed by an eclectic group of artists. Walt Disney Records will release the album on July 2, 2013.

“These are the artists we listened to on the way to set each morning and in the evenings with the dust, like bitter chalk, upon our teeth.  Echoes of their passionate performances in our minds, for 150 days and nights, we took to the work of storytelling.  May the musicians and songwriters who inspired us on our epic journey be an inspiration to you on yours,” said Gore Verbinski, the film’s Academy Award®–winning director.

Today, Billboard.com exclusively premiered the Lucinda Williams track, “Everything but the Truth,” http://www.billboard.com/articles/columns/the-615/1567894/lucinda-williams-everything-but-the-truth-exclusive-song-premiere.

From producer Jerry Bruckheimer and director Gore Verbinski, the filmmaking team behind the blockbuster “Pirates of the Caribbean” franchise, comes Disney/Jerry Bruckheimer Films’ “The Lone Ranger,” a thrilling adventure infused with action and humor, in which the famed masked hero is brought to life through new eyes.  Native American warrior Tonto (Johnny Depp) recounts the untold tales that transformed John Reid (Armie Hammer), a man of the law, into a legend of justice—taking the audience on a runaway train of epic surprises and humorous friction as the two unlikely heroes must learn to work together and fight against greed and corruption.

A Disney/Jerry Bruckheimer Films presentation, “The Lone Ranger” is directed by Gore Verbinski and produced by Jerry Bruckheimer and Gore Verbinski, with screen story by Ted Elliott& Terry Rossio and Justin Haythe and screenplay by Justin Haythe and Ted Elliott & Terry Rossio. “The Lone Ranger” releases in U.S. theaters on July 3, 2013.

The Lone Ranger: Wanted will be available wherever music is sold on July 2.  For more information on Walt Disney Records’ releases, please visit Disney.com/music, become a fan at Facebook.com/disneymusic or follow us at Twitter.com/disneymusic.