Pop Century vs the Art of Animation Resort 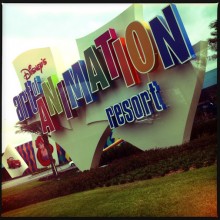 In the 10 years since I started the Disney College Program, I never stayed at Pop Century. In fact, for 8 of those years I wasn’t aware that it was a Disney hotel. All I saw were those gaudy word signs from the highway… you know, the ones that say WHASSUP? and YO YO YO! Ugh. How did that get past Disney Imagineering?

I’ll grant you that the concept of a hotel celebrating American pop culture seems like a good idea in theory. But in execution, it looks like someone dropped a landfill from 1985 onto a hotel.

Normally I stay in one of the All Star Resorts, but for my trip this past October, someone convinced me to stay in Pop. It was explained to me that even though the exterior of the Resort is ugly, the rooms and facilities are better than the All Stars.

After 5 days at Pop Century, I can agree with that statement… sort of.

The rooms are about the same level of comfort as the ones in the All Stars. Except for the pillows. I absolutely hated the tiny pillows provided on the beds. It was hard for me to sleep without something firm to rest my head on. I don’t recall having that problem at the other Resorts. The wifi was a welcome addition to my stay. The connection was spotty here and there, but it’s possible this was due to rampant usage by guests.

I’d heard the pools were heated. Maybe the main one is (I never used it), but I was freezing in the pool local to my section. 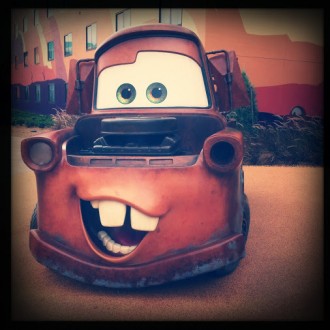 The main hall was very nice, including the modern-style Disney cafeteria and the gift shop. Admittedly, I was disappointed that there weren’t any comics in the gift shop as there were last time. I can’t tell you how much it delighted me to see comics on sale at Disney. They seem to have pulled them off of the shelves at all their sales locations.

For the most part, I would have been reasonably impressed and satisfied with Pop Century, except for one thing: the bridge.

It’s a short walk to the back of Pop Century where there sits a bridge. Across this bridge sits the spirit of Disney imagination. 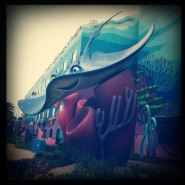 It almost feels like a huge mistake to put Disney’s Art of Animation Resort right next to Pop. As a guest, I felt like one of the orphans that Daddy Warbucks leaves behind at the orphanage.

While I can’t speak of the room interiors, Art of Animation’s design is vastly superior to Pop. Every square inch of the resort is pleasing to the senses.

There are four sections to the resort: Finding Nemo, Cars, The Lion King and The Little Mermaid.

Take a walk around to each of them and it feels like you’re traveling to other worlds.  Particularly as you walk down the roads of Radiator Springs, you’ll swear you’re in the movie.  There are giant statues of characters from each film, except for Cars. Lightning McQueen, Mater, Doc and company are all roughly the size of the cars they represent.

One of the nicest features of the new rooms is that they’re all indoors.  At the All Stars and Pop, your room opens at outdoor balconies.  The buildings in Art have internal rooms, like any other Disney resort… with one noticeable exception.

Much has been made of The Big Blue Pool, the Nemo-themed main swimming pool.  I’m going to be honest. I don’t see the big deal. If I were a kid, I would probably flip my lid at the sight.  For adults, though, it’s just going to feel like any other value resort pool.  In particular, the key card blocked entrance feels like overkill.  I understand the guard at the gates of Disney’s Beach Club pool. But this one? I’m guessing it’s only there to keep Pop guests with kids from walking across the bridge and flooding the pool. Also, it didn’t seem nearly as big a pool as they were suggesting.  There were a lot of statues and play areas taking up real estate. 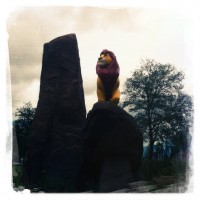 Watch Out For The King

The main lobby, the halls and the walls… even the cafeteria is gorgeous.  Like the buildings, the cafeteria is divided into four sections, designed to reflect the four films.  I literally had to take pictures of them because I loved the design so much.

If there is one major blemish on Art, it’s The Little Mermaid.  If you don’t know the back-story of Art, it was originally supposed to be an expansion of Pop Century. At some point in the process, plans changed and they struck gold with the new theme.  It’s pretty clear though that this was after they’d started building The Little Mermaid wing.  The buildings are all outdoor rooms.  Being fair the rest of the design fits with the other film sections, but it does break the theme in a palpable way.  First of all, Little Mermaid is the furthest section from the main hall.  It makes you feel like you’re leaving Art of Animation and walking into a different resort. As a big fan of Ariel, that’s more than a little disappointing.  Which isn’t to say you should feel cheated if your room is there. It’s still leaps and bounds above Pop. 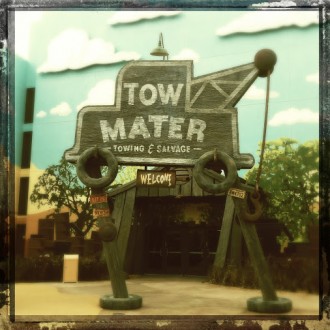 All Are Welcome Here

Disney really set the bar with Art of Animation for what we should expect from their value resorts.  It’s almost incumbent upon them to rethink the other value resorts.  I’m happy with Disney and I’m more than willing to stay at Pop or All Start Sports, etc.  It’s just more than a little disappointing to know that this is what Disney could have been doing all along.