Netflix, Inc. and The Disney/ABC Television Group today announced a new multi-year licensing agreement that will make Netflix the exclusive U.S. subscription television service for one of the most popular shows on Disney Junior, Jake and the Never Land Pirates, as well as fan favorite Disney XD show Tron: Uprising.  In addition, Handy Manny, Special Agent Oso and JoJo’s Circus will also be available for members in the U.S. to watch instantly later this month.

“Disney and Netflix have shared a long and mutually beneficial relationship and this deal expands on the incredible line-up of Disney content already available for our members,” said Ted Sarandos , Chief Content Officer at Netflix. “Families love Netflix and we know they especially love the imaginative and high-quality TV shows and movies from Disney.  We’re excited to bringJake and the Never Land Pirates, a terrific show for families with preschoolers, to our members.” 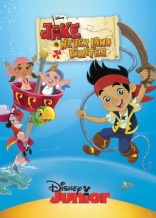 “We are delighted that Netflix’s members and their young children will be able to experience a selection of tremendously popular original series from Disney Junior and Disney XD,” said Janice Marinelli , President, Disney-ABC Domestic Television.  “Netflix is a highly valued partner and a terrific platform for families to enjoy these heartfelt characters and entertaining stories.”

Disney Junior’s Annie Award-winning series, Jake and the Never Land Pirates, is a music-filled interactive treasure hunt that introduces a crew of kid pirates — leader Jake and pals Izzy and Cubby — and follows their Never Land adventures as they work to outwit two infamous characters, the one and only Captain Hook and Mr. Smee, from Disney’s classic Peter Pan. Like all Disney Junior programming, Jake and the Never Land Pirates is guided by an established curriculum that nurtures multiple areas of child development: physical, emotional, social and cognitive; thinking and creative skills, as well as moral and ethical development.

Always commercial free, the content in the kids section of Netflix is curated in conjunction with ratings and reviews from Common Sense Media, a leading non-profit organization that provides independent, trustworthy ratings, reviews and information to help parents make great media choices.  In addition to character-based selections, the service displays rows of TV shows and movies organized by easy-to-understand genres such as superheroes, princesses, dinosaurs and girl power. The unique Netflix technology provides each member with a personalized experience based on preferences and favorites.

you can find out more and start watching at: Netflix.com 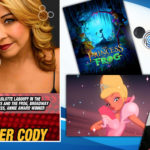