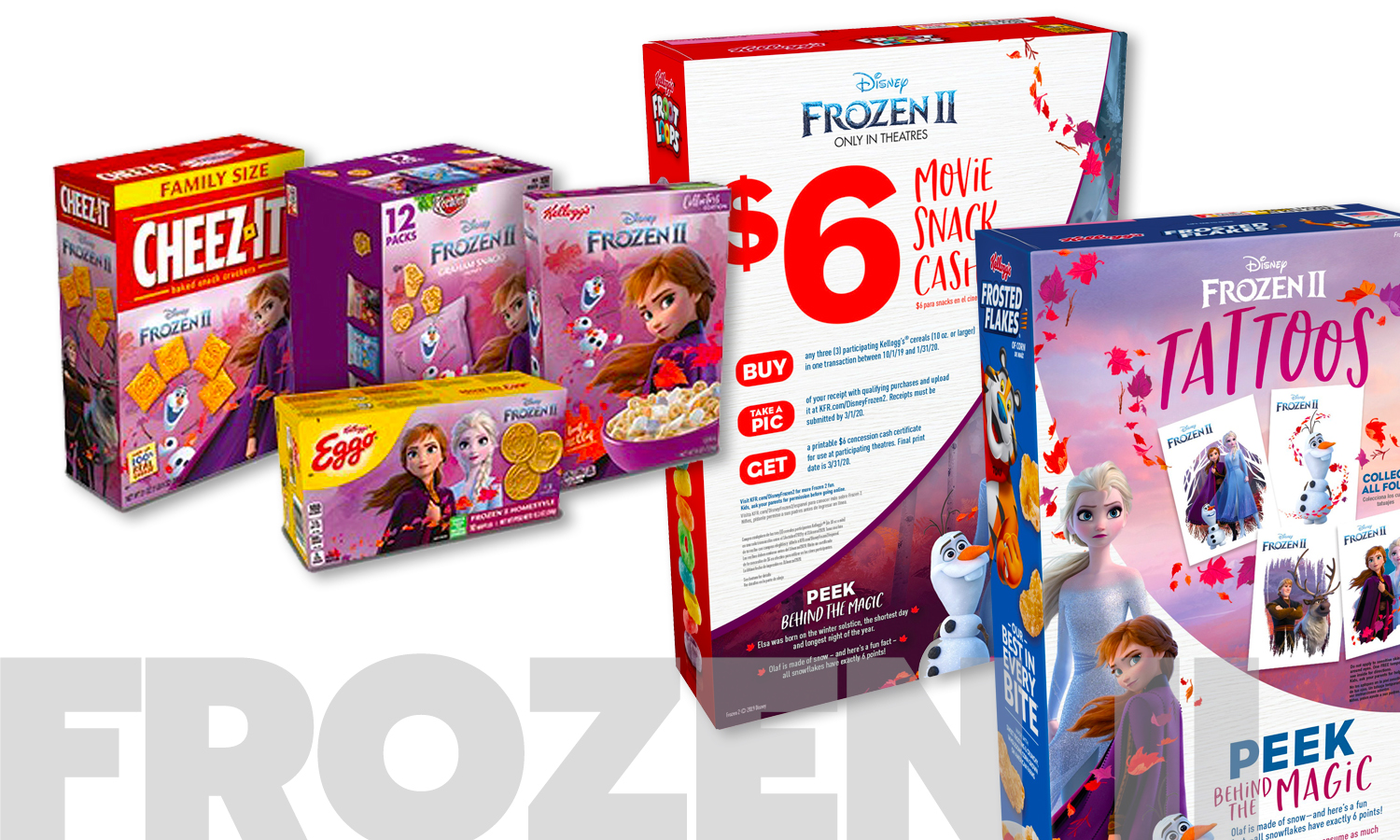 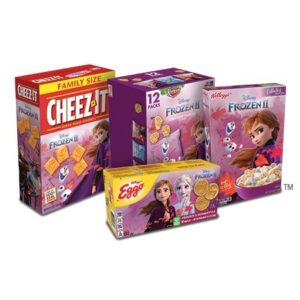 Kellogg Company teamed up with Disney to excite fans ahead of the much-anticipated follow-up to the highest-grossing animated film of all time, Disney’s Frozen, with the upcoming release of Disney’s “Frozen 2.” Kicking off nationwide in November, the collaboration includes a new “Frozen 2”-inspired cereal, “Frozen 2”-themed classic Kellogg’s snacks and breakfast waffles and specially marked in-pack giveaways and movie snack cash offer.

For even more “Frozen 2” fun, specially marked Kellogg’s cereal will include one free temporary tattoo of a favorite “Frozen” character — fans can collect all four! Plus, when parents purchase three specially marked boxes of the movie snack cash packages, they’ll receive a $6 movie-snack cash reward to redeem in theaters.

“This collaboration enables families to bring home the enchantment of ‘Frozen 2’ with some of their favorite, classic Kellogg’s snacks and breakfast items,” said Zion Doran, senior director of promotions at Kellogg Company. “Kellogg’s is offering delightful ways for families to celebrate the new sequel: from our new ‘Frozen 2’ Kellogg’s cereal, to collectable temporary tattoos featuring beloved characters and so much more.” 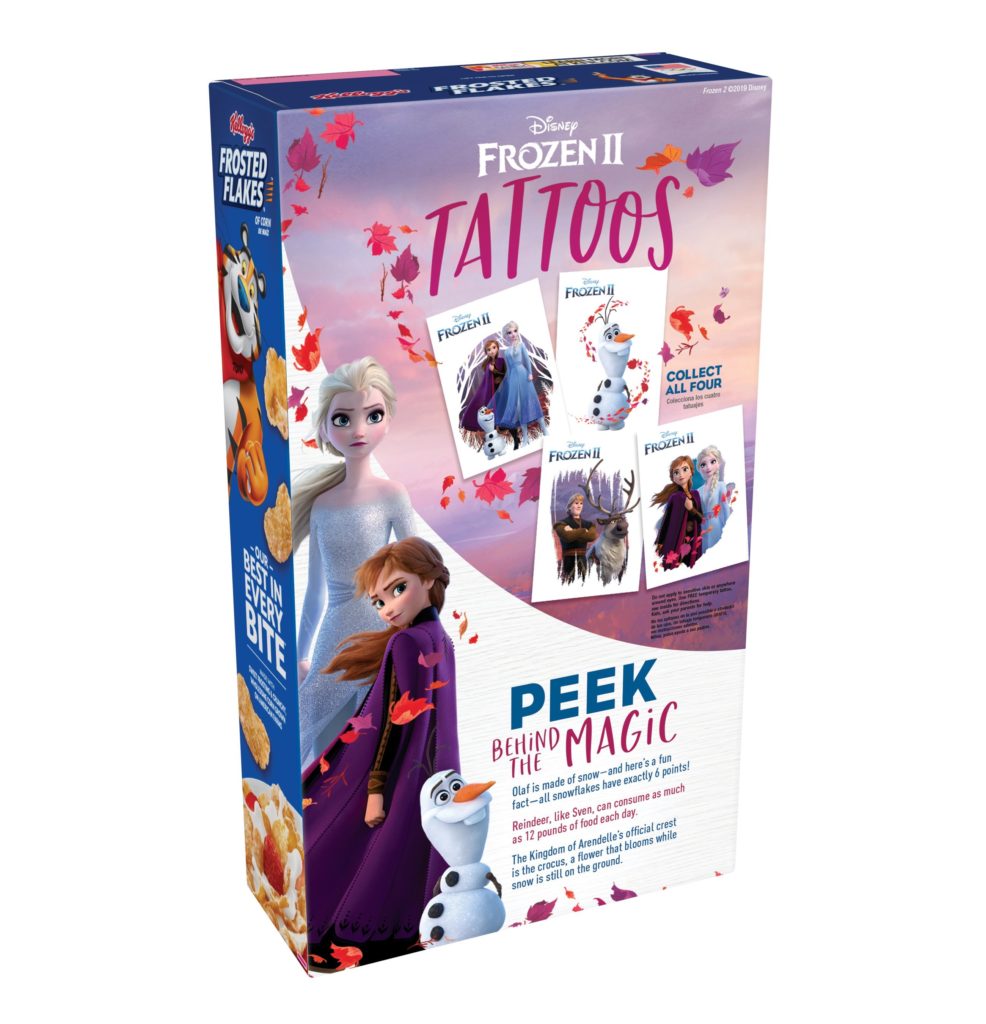 Specially marked Kellogg’s cereal will include one free temporary tattoo of a favorite “Frozen” character — fans can collect all four!