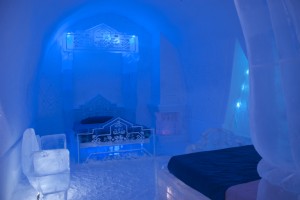 In celebration of Frozen’s release to DVD, we’d like to share an exclusive first look at new features of Hotel de Glace, the ice castle that served as inspiration for Elsa’s own creation. As if it could be any more incredible, this year, it features a “Frozen Suite” modeled after Anna and Elsa’s very own bedroom from the film and a special “Frozen Activity Cave.”

Located just outside of Quebec City, the Hotel de Glace is an attraction not to be missed. The “Frozen Suite,” created under the leadership of the film’s art director, Michael Giaimo, will be officially revealed this weekend.  Since we can’t be there to experience the “Frozen” magic in person, we’re bringing it to you in this brand new video featuring the filmmaker’s expedition through the castle.

Winner of the 2013 Academy Award for Best Animated Feature and Best Original Song (“Let It Go”), “Frozen” is now available on DVD and Blu-ray!  With a myriad of new bonus features, this Walt Disney Animation Studios release is sure to be a wonderful addition to your collection. 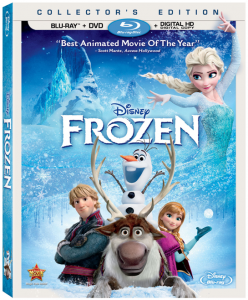 Frozen Now Out on Blu-Ray and Digital

Producer:    Peter Del Vecho (“The Princess and the Frog,” “Winnie the Pooh”)